The Archway Tavern has finally reopened its doors 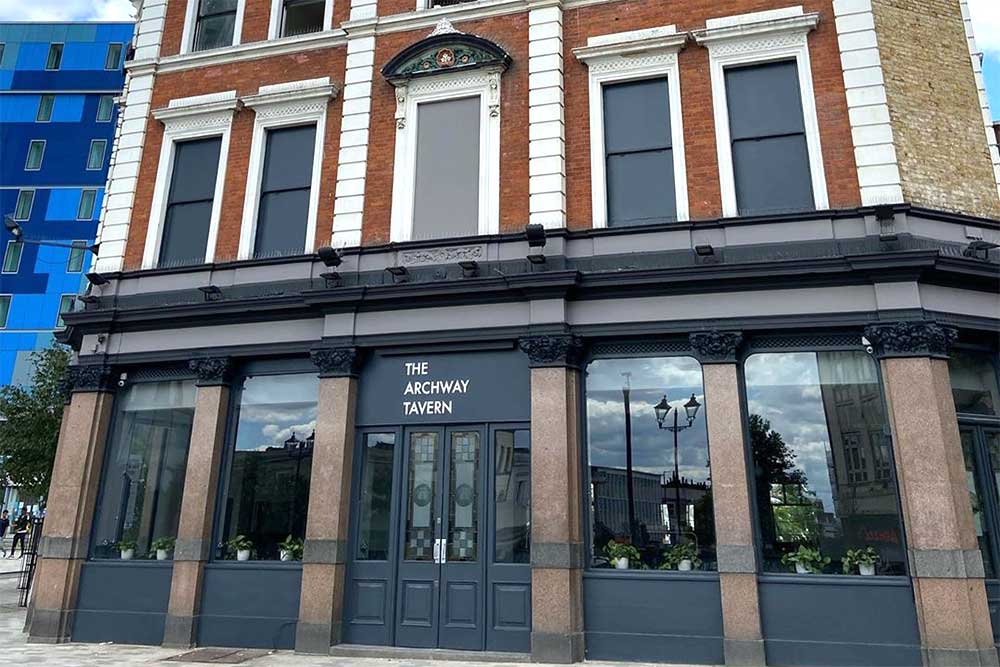 It's been a long time coming but this weekend The Archway Tavern finally reopened its doors. Archway folk might have thought the day would never come when this iconic (in the true sense of the word) pub, which has been closed for five years now, would open its doors once more. But they are open and the place is looking rather lovely.

There's been a pub on this spot at the bottom of Highgate Hill since the 1700s, with the current pub dating from the late 19th century. It's famous as the site of a Kinks album photoshoot and it had long been a meeting hub for the local Irish community. But various issues with the licence meant it hadn't really been a working pub for years.

In its latest incarnation, you can expect plenty of ultra local brews to be served up here, from Highgate's Gorgeous Brewery and the Muswell Hillbilly Brewers, to Holloway's Umbrella Brewing's ciders and alcoholic ginger beers. There's also going to be a free coworking space, serving up coffee.

More about The Archway Tavern