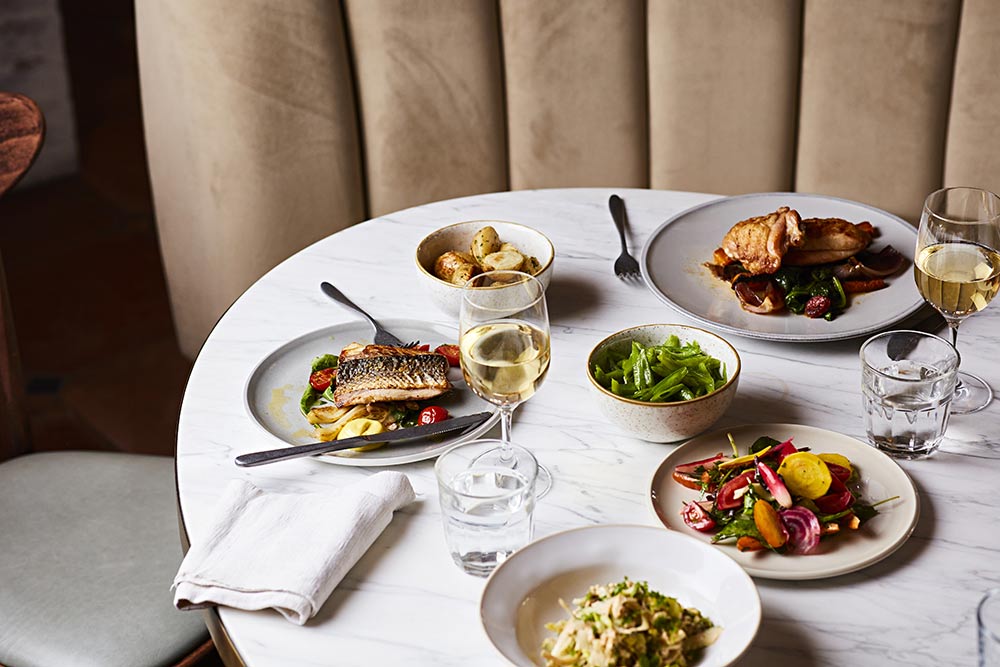 In a nutshell: The Hoxton Holborn gets an overhaul

Summing it all up: Rondo is the new restaurant at the Hoxton Holborn, a collaboration between Will Lander (Quality Chip House, Portland) and Chris Gillard (EartH Kitchen, St John). Expect a seasonal menu and a lot of attention to the wine list.

The Hoxton hotel group are slowly building up destination restaurants in their hotels (like Seabird), and next on the list is Hoxton Holborn. Here, they're opening Rondo, which is a collaboration between them and William Lander (co-owner of Quality Chop House).

In charge of the kitchen is Chris Gillard, best known for his 15 years at St John and more recently at EartH in Dalston (which got a rave review from Jay Rayner). Here, the plan is for him to "make the most of seasonal produce and unsung heroes in pared-back punchy dishes".

Given that, the menu will shift regularly, with produce from partners like Ben’s Fish in Mersea Island and Swaledale Foods in Yorkshire. The starting menu includes:

In charge of the wine list is Will Lander, and it's a list that's aiming to be approachable while avoiding the obvious. The main wine list is divided into three sections, described as:

There are also wines on tap, which you can take away too, and refill your bottles later at £20 a go. There are also 12 wine subscriptions available - for £1200 you can have a refill every day for a year. Although, maybe that's a little too much wine..?

All this comes will a complete redesign of the Hoxton's ground floor, which has added a new coffee bar too.