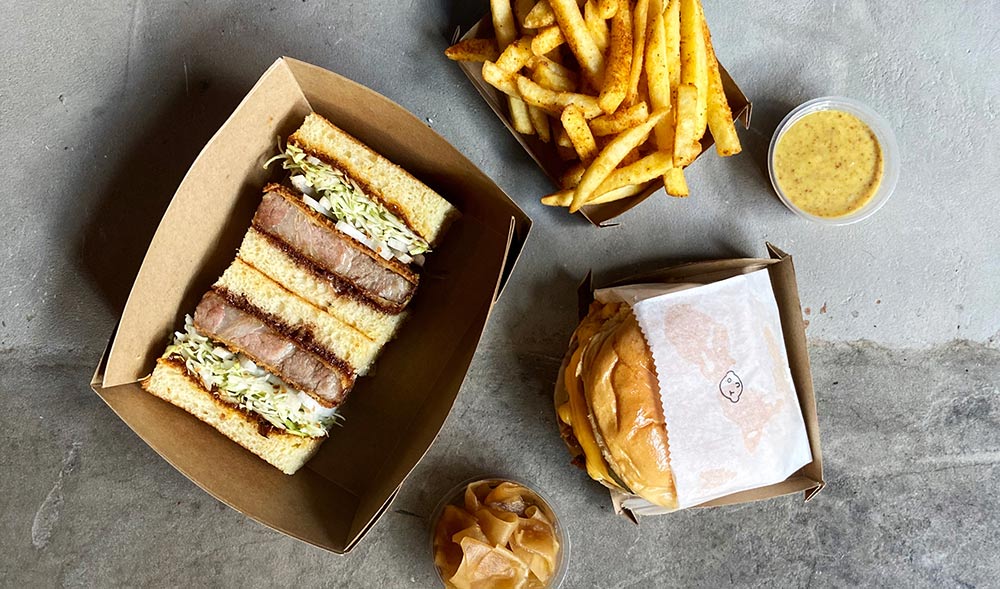 Many of the big communal dining spaces like Market Halls and Arcade Food Theatre are on ice at the moment - but that hasn't stopped TA TA Eatery. While Arcade is closed they've taken themselves down the road to a pop-up in Soho.

There you'll be able to grab yourself what is often billed as one of the best sandwiches in London - the mighty Iberian Katsu Sando. If you're katsu sando'd out, they'll also have kimchi burgers and fries which you can have with sparkling wine to celebrate being out in a restaurant again.

Alternatively, if you prefer to savour your sarnies at home, they've also put together a new katsu sando kit. For £10.50 you'll get everything you need to create the most amazing sandwich at home - and then Instagram if, of course.

To order those kits, DM them on Instagram by Wednesday and then head down to Soho on Friday to pick up the box. And hey, maybe get another katsu sando while you're there. Just because.

More about the Tou pop-up

When? Until the end of August 2020 on Fridays and Saturdays.