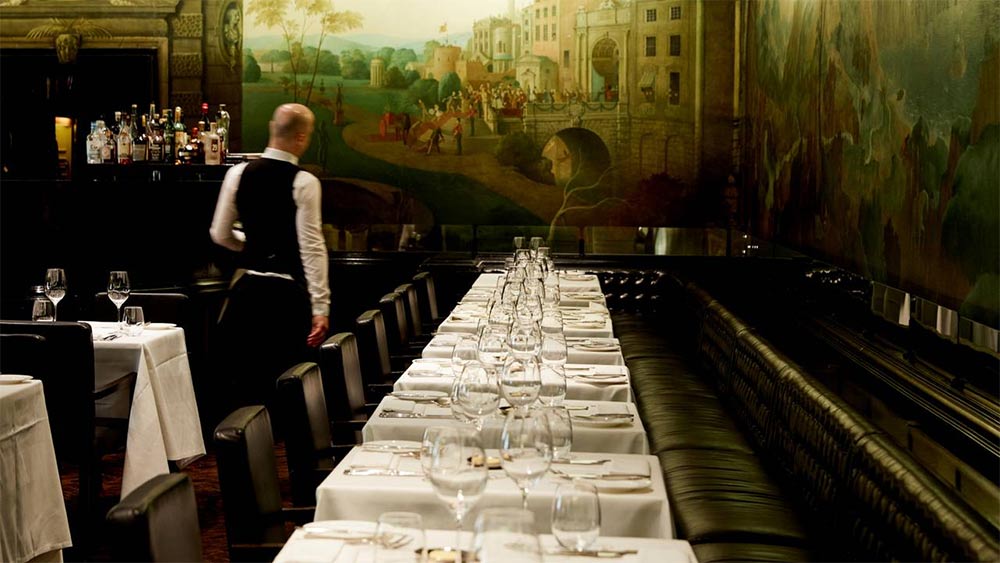 This morning, MP Diane Abbott joined hundreds of people calling on The Tate Gallery to close or move its famous Rex Whistler restaurant.

The restaurant's key selling point is the wrap-around mural by the artist Whistler. Whistler was commissioned to paint the mural by the Tate back in 1927 when the restaurant first opened. Entitled The Expedition in Pursuit of Rare Meats it features scenes including the enslavement of a black child and his mother along with other racial stereotypes.

For many years, the gallery had used a quote describing the restaurant as The Most Amusing Room in Europe. That's now been removed and more detail is now on the restaurant's website about the issue. But is that enough?

Following an article on art website The White Pube, a petition began on Change.Org to remove the mural altogether.

A spokesperson for the Tate commented saying: "Tate has been open and transparent about the deeply problematic racist imagery in the Rex Whistler mural. In the context of the Mayor of London’s recently announced public realm review, Tate’s establishment of a race equality taskforce, and the ongoing work of our Ethics Committee, we are continuing to actively discuss how best to address the mural and we will keep the public updated over the coming months.

"Having been commissioned for the restaurant walls in 1927, the mural was one of the artist’s most significant works and is part of a Grade I listed historic interior. But it is important to acknowledge the presence of offensive and unacceptable content and its relationship to racist and imperialist attitudes in the 1920s and today. The interpretation text on the wall alongside the mural and on the website addresses this directly as part of our ongoing work to confront such histories, a process that goes hand in hand with championing a more inclusive story of British art and identity today."

The restaurant is currently closed anyway due to Covid, but Abbott's tweet will no doubt draw closer attention to the issue. We'll keep you updated as the story progresses.

I have eaten in Rex Whistler restaurant at Tate Britain. Had no idea famous mural had repellent images of black slaves. Museum management need to move the restaurant. Nobody should be eating surrounded by imagery of black slaves @Tate #BlackLivesMatter pic.twitter.com/zk35u6X78K

More about the Rex Whistler restaurant

Where is it? Millbank, Westminster, London SW1P 4RG