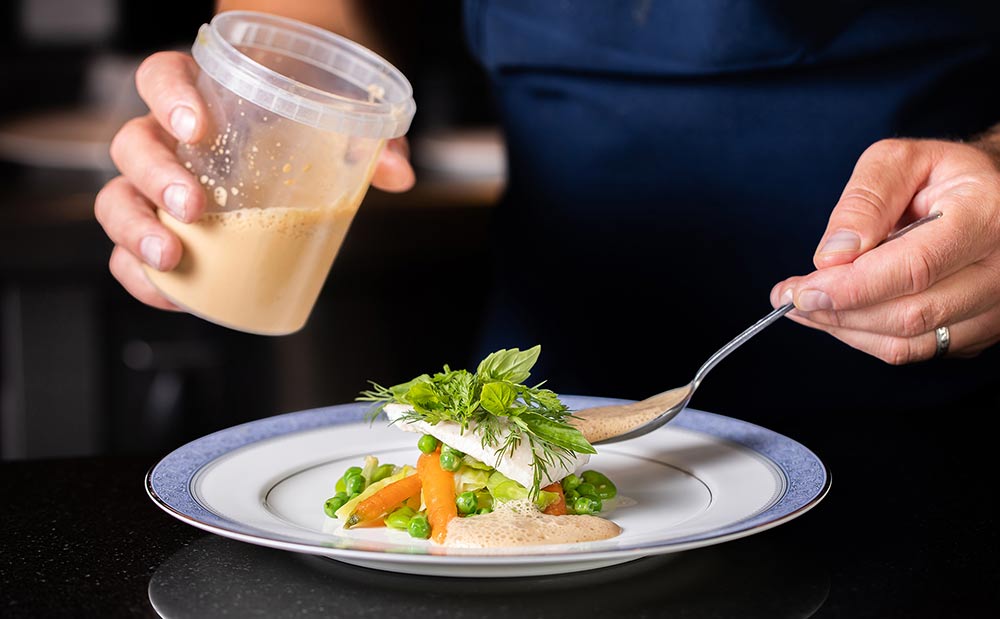 Changes are afoot at The Kitchen Table.

The two-Michelin starred restaurant is essentially one big kitchen counter for communal eating. That's been great up until now - but doesn't quite work with the new socially distant age. So the restaurant is not only getting a big refurbishment, but it's also expanding into the Bubbledogs space, where they'll be adding a new lounge and bar while a version of the counter will also remain. More on this is to be revealed soon - and meanwhile you can order the Bubbledogs hot-dogs online at Sandia Chang's Bubbleshop.

That's all in the future - and for now, Kitchen Table is also launching its own delivery service. Recreating the experience at home means that they will be delivering tasting menus to Londoners. There's a 7-course menu at £75 and a full-on 11-course menu for £125 (which also features a bottle of grower champagne). Here's what's on that first menu:

It's delivered every Friday and you need to order by midnight the previous Sunday so they can get it all ready. So if you fancy a full-on fancy feast - this is for you.

Where is it? 70 Charlotte St, Bloomsbury, London W1T 4Q

When does the delivery service start? 5 August, order by Sunday delivery the following Friday

How to order: On this link