MM Caffe is an alfresco cafe from Mercato Mayfair, just off Oxford Street 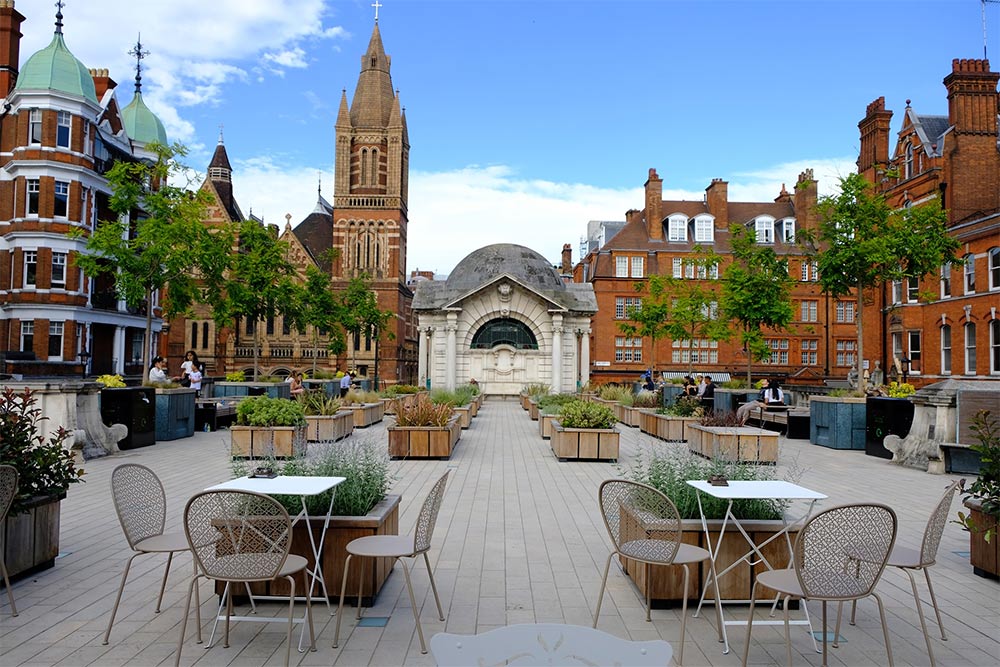 They've already achieved a pretty impressive makeover of nearby Grade 1 listed St Mark's and now Mercato Metropolitano have gone outside to Brown Hart Gardens, the raised garden area just in front of the Beaumont Hotel (most recently the Bonnie Gill seafood shack). Their latest opening is called MM Caffé in MMayfair Garden - so if you're on the hunt for an alfresco space after a spot of socially-distanced Selfridges shopping - this could be for you.

The food will be cafe oriented - so pastries, paninis and foccacia alongside sharing platters of charcuterie and cheese. There's also a small selection of beer and wine and some limoncello if you really want to feel like you're on holiday. And if the heat just gets too much, you can always pop down the road to the main Mercato Mayfair and their wonderfully cool cellar.

On top of this, look out for farmers markets appearing up here during the summer.

Where is it? Brown Hart Gardens, Mayfair, London W1K 6TF

When does it open? Monday to Sunday, from 9am to 8pm