Corbin & King are going to reopen Bellanger in Islington 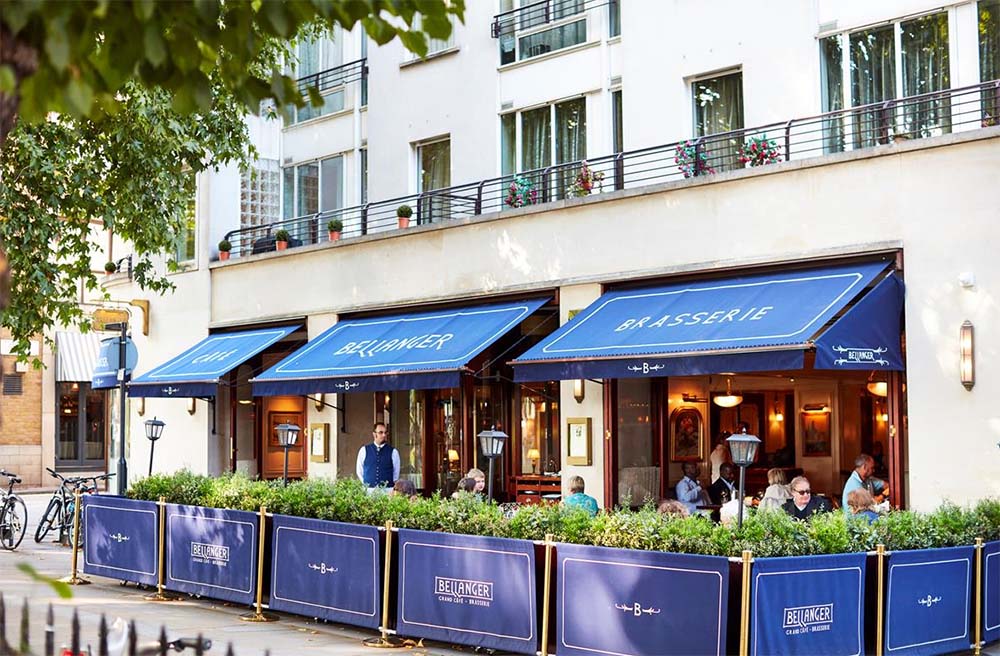 Almost a year ago, we reported that Corbin & King's Islington outpost, Bellanger, was to close. At the time we posited that the restaurant's Alsace menu wasn't perhaps right for the area, and now it seems we could have been right.

The site remained almost in aspic since the closure with no other restaurant moving in. A few weekends ago, Jeremy King sent out an email to customers asking for their opinion over a proposed Bellanger pop-up.

"I can still acutely remember being inundated with messages of disappointment and pleas to reconsider," he recalls of the closure. "It did make us hesitate, but the truth of the matter was that we felt we hadn’t quite got it right in fulfilling the needs of Islington... Having had the agreed sale of the site scuppered by the Pandemic, and with so many more of you working from home….we asked ourselves should we reopen as a 'Pop up' initially and if it proves popular then continue next year?"

Later on - the survey was confirmed to be a success with over 4000 locals responding positively and they're now moving ahead.

Jeremy King followed up on the survey saying "The new version is best described as more akin to Zédel in terms of menu and price. Whilst it will remain familiar to our old regulars the décor will take a new turn and the overall feeling will be one of cheaper prices, more fun, and greater casualness – but all in the Corbin & King style. We are looking forward to the challenge and aim to open 14th August under the careful control of our popular previous General Manager – Jo Cromwell – Islington born & bred."

As part of that, there will be a Prix-Fixe Menu starting from £10.95 for two courses and a three-course Formule Menu for £19.75 (and they'll be part of the Eat Out to Help Out scheme on Wednesdays). We're also promised new decor, aiming for a more casual vibe.

We can't think of something more guaranteed to bring cheer to the Islington masses than a Zedel-inspired brasserie on the green.

Where is it? 9 Islington Green, The Angel, London N1 2XH

How to book: Book here