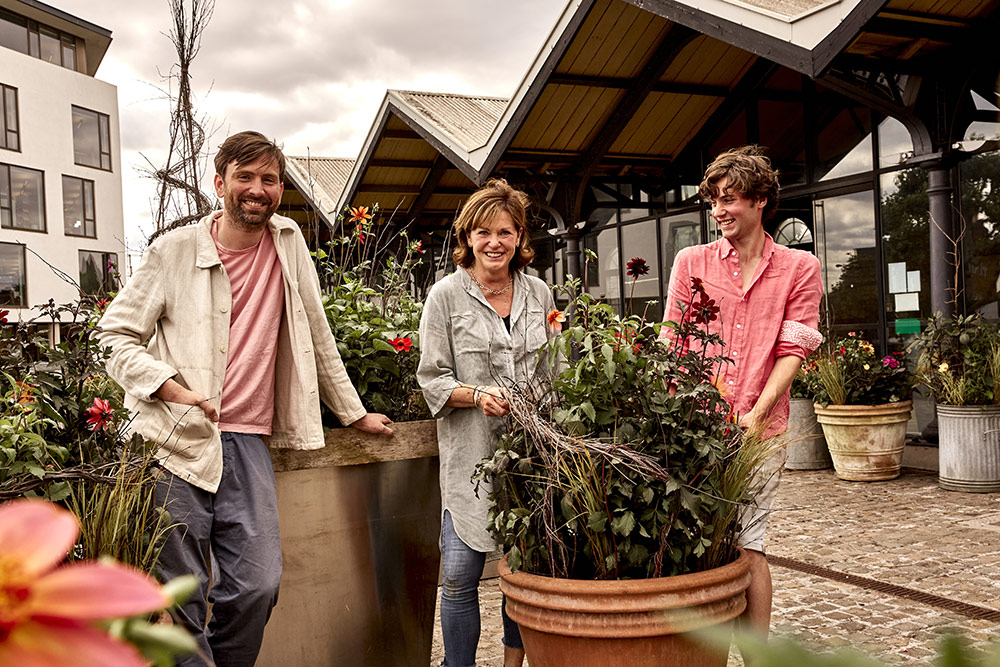 There was a lot of sadness when Stevie Parle announced the closure of his much-loved Dock Kitchen back in 2017. While efforts to find a new permanent home haven't quite come to fruition yet - we're getting the next best thing, a huge restaurant, grocers and bar pop-up at the same space called JOY. Anyone who visited Dock Kitchen at the time knows of the impressive space there for alfresco dining - and that's what he's taking advantage of.

The restaurant will be called FLORA, so named because it's going to be surrounded by hundreds of dahlias. That's thanks to Arthur Parkinson and his collaborator Caroline Nevile, gardeners who have transformed the Victorian dock. They say "the flowers chosen specifically for their colour and vibrancy and the garden aims to improve the mental health of all who visit" and at this stage we could all do with a bit of that. Many of the flowers were going to be used in the RHS Hampton Court Palace Garden Festival and have found a home here instead.

The menu at FLORA will be very seasonal, with produce from well known Canterbury-based farm to fork supplier The Goods Shed. Some of the planned dishes are:

There's also a standalone bar, a grocery store where you can buy The Goods Shed produce, a wine shop from Uncharted and beer from Beer Craft. Parle is even bringing some of his hives from Craft - so expect some very local honey too.

Finally, when paying, you'll be able to add on an extra veg box to your bill, which they'll give to local charities - spreading a little more joy.

Where is it? Portobello Dock, 344 Ladbroke Grove, London W10 5BU