Stanley's restaurant opens in Chelsea with a huge courtyard area 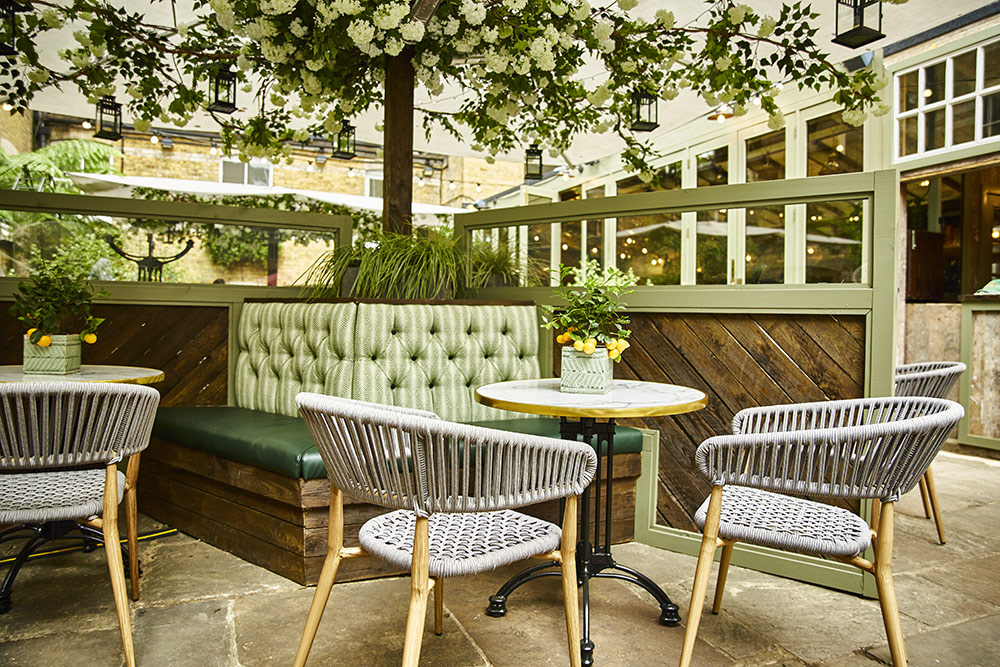 In a nutshell: Chelsea spot with a focus on alfresco.

Summing it all up: New to Chelsea, Stanley's features a menu with an emphasis on British produce and has the ace-in-its-sleeve of a big outside courtyard for alfresco drinking and dining.

As London's restaurant reopening continues, news comes to us of a brand new restaurant opening in Chelsea called Stanley's.

Taking over The Chelsea Courtyard, just off the King's Road, it has loads of outside space, which is going to prove very handy considering the increased interest in alfresco dining at the moment. All socially distanced, it's split into booths with the use of screens to separate diners in groups of six. That means the courtyard alone can fit about 60 people and features its own bar too. Elsewhere (and inside), there's an orangery-style room with a big central banquette and a separate private dining room.

The chap behind the venture, and lending it his name, is Hugh Stanley of the famous Stanley horse breeder family. If you're from around these parts, you might know him from The Sydney Arms which he ran for the last three years.

Heading up the food is MasterChef: The Professionals finalist Olivia Burt, who comes here via Fera at Claridge's. We're told the menu will "focus on British seasonal produce showcasing the best of British ingredients in a relaxed contemporary style". They're starting off with small plates (the main menu will follow later), including:

Drinks-wise, they have their own-label sparkling with English sparkling producer Coates & Seely heading up a list that includes a "fantastically good value Claret available at the top end of the list".

If you're on the hunt for alfresco dining in Chelsea - this looks like it could be just the ticket.