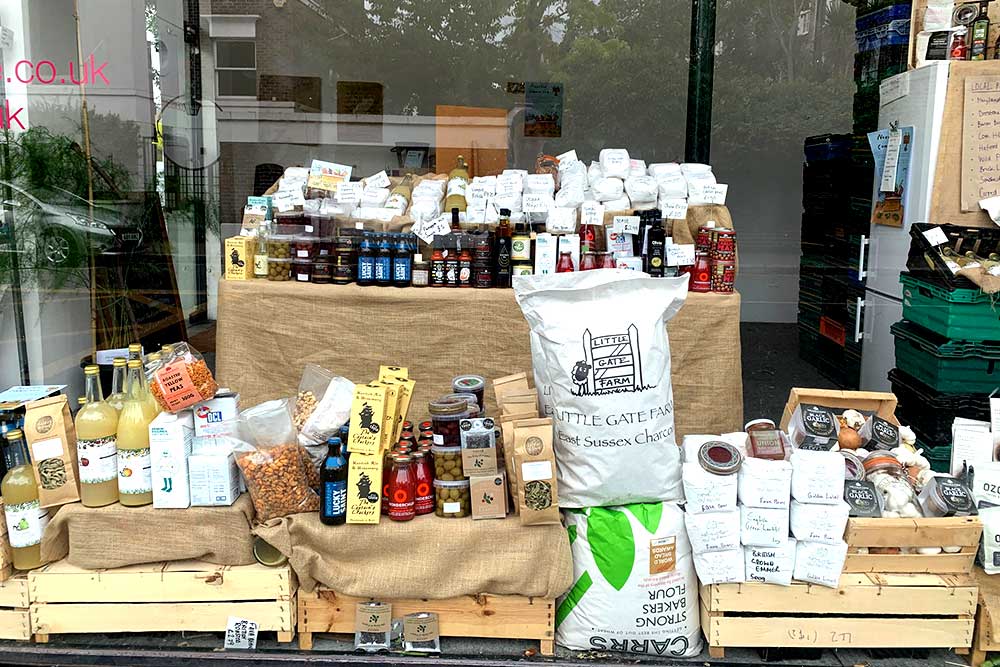 Folks who live in or around Canonbury in Islington may have spotted what looks to be a rather unusual installation in the window at high-end furniture store Coexistence on Canonbury Lane.

It turns out that the shop has been supporting a company called Nourished Communities, which stepped in to look after suppliers affected by the closure of farmers' markets in London during the lockdown.

The premise is simple - instead of trying to find a nearby market, you can swing by the store at weekends to pick up produce from local suppliers and farms. It's a great idea - set up by local Rollo Millership, who's worked with the Islington Farmers' Market for years.

Right now they have apples and pears from Perry Court Farm in Kent, all kinds of Greek food from Isle of Olive who have a store in Broadway Market along with ultra-local suppliers including Christoph's Arsenal honey and Cobble Lane Cured.

They're also running a delivery service to local postcodes.

Where is it? 15 Canonbury Lane, Islington, London N1 2AS