Here's what's in the Hawksmoor at Home meal delivery box 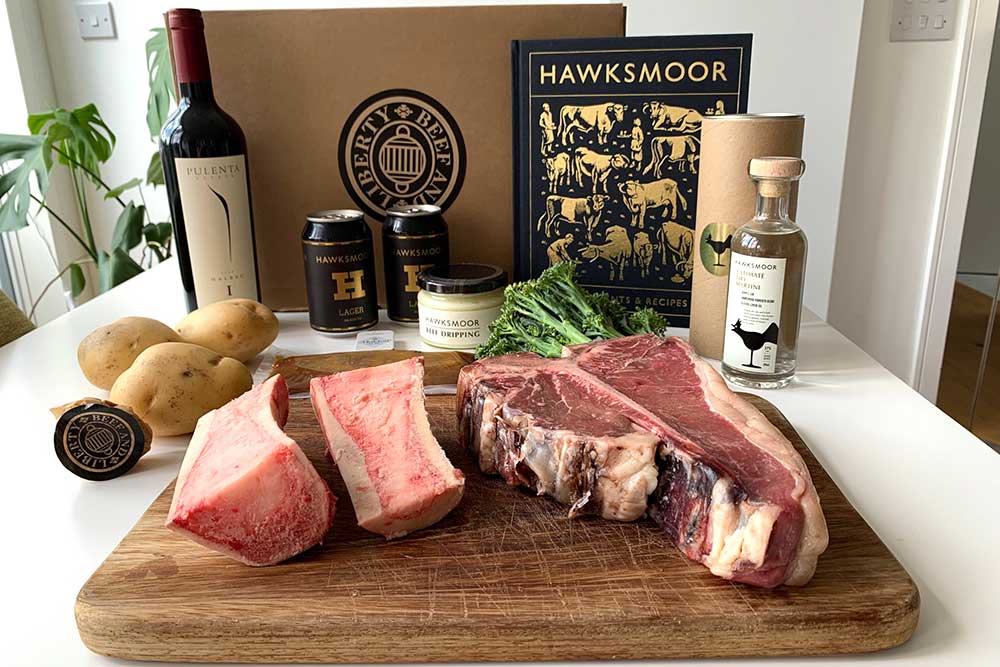 Going on sale from today is the much-anticipated Hawkmoor at Home box. The box, which costs £120 (that includes delivery to anywhere in the UK) serves two people.

In it you'll find the Hawksmoor Cookbook along with an absolutely massive 35-day dry-aged Porterhouse Steak. To go with that there's bone marrow and Madeira jus (for making the Bone Marrow Gravy) along with some Pierre Koffmann potatoes and Hawksmoor beef dripping for making epic roasties. For a side, they've included some British tenderstem broccoli and Gentlemen’s Relish and Maldon sea salt for seasoning.

"Over lockdown," Hawksmoor say, "we’ve worked hard not only to plan our restaurants bouncing back, but also thinking of ways to enable people to enjoy Hawksmoor in their own homes if they can’t or don’t want to go to a restaurant for any reason ... or just because they want to!"

As you might expect, the whole thing is going to be very much in demand, and the boxes are limited to 500 boxes per week over the next six weeks. So good luck getting hold of one! We got hold of a preview box this weekend - so look out for our Test Drive soon.

More about Hawksmoor at Home

Delivery: There are just 500 boxes per week over the next 6 weeks and it's available for nationwide home delivery