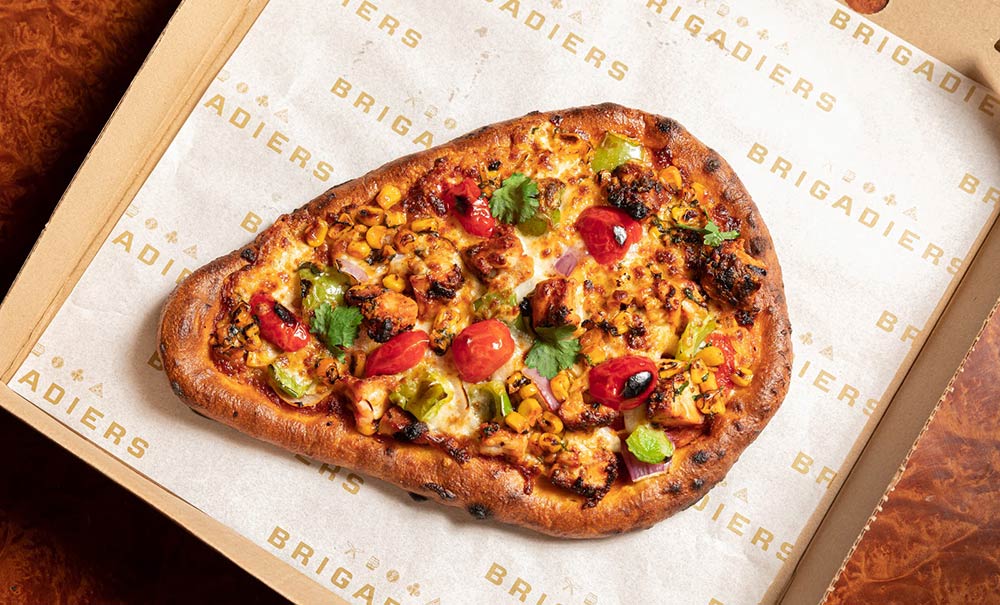 There's something of a change happening to Brigadiers, the city bar/restaurant that's run by the people behind Gymkhana. As it'll be a while before it can return completely to normal, it's being transformed into a retro Indian off-licence - aka the Daru Shop.

Everything will be served through a hatch and there are two very important elements. First, you'll be able to get a takeaway pint of beer (as well as cocktails that include their Chilli Mango Margarita Slushie) and second, they're introducing the Naanza.

Yes, that's a pizza/ naan bread hybrid with a tandoor-baked naan base and a weekly rotating selection of toppings. It's available by the slice to take away and you can have a whole naanza delivered. Alongside those are more takeaway dishes, including papad and chutneys, Brigadiers’ signature Kathi Rolls, a Madras Mess Mix and Masala Pork Scratchings.

As an off-licence, they'll have bottled beers, 30 wines and wine pouches - alongside vending machines of canned cocktails and craft beer, if you want to keep as socially distant as possible.

More about The Brigadiers Daru Shop