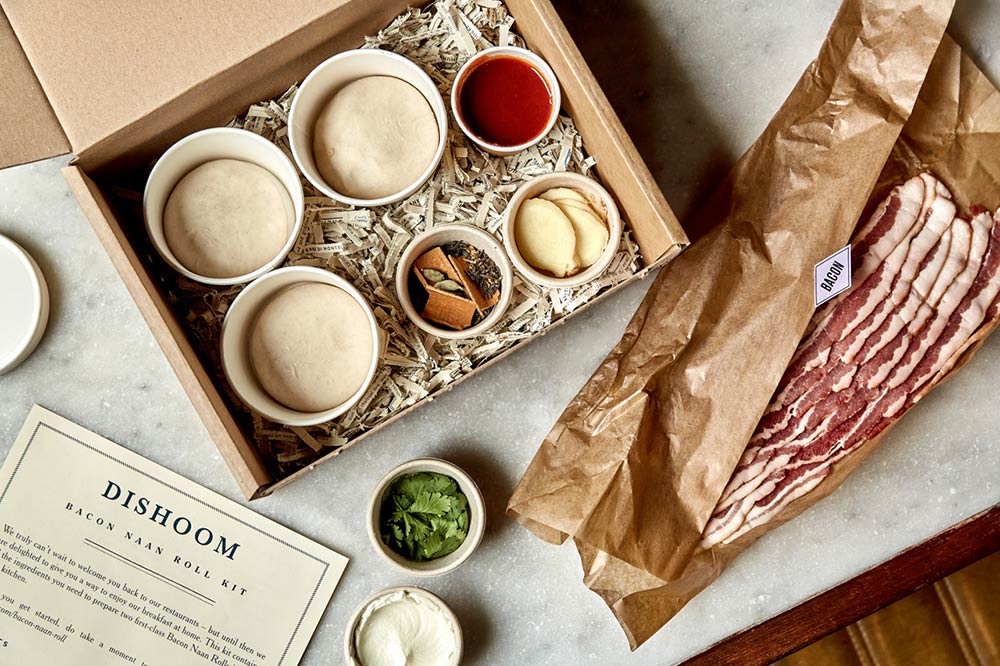 When Dishoom opened again for delivery, we noticed the curious absence of the mighty bacon naan. The main reason for this is simply that it doesn't travel well - so they've found a way around this. Behold - the bacon naan kit!

The kit contains everything you need to start the day well by creating two freshly baked bacon naan rolls. Each kit has smoked streaky bacon from Ramsay of Carluke, three naan doughballs (an extra one thrown in for "experimentation"), Dishoom's tomato-chilli jam, fresh coriander and cream cheese. There are also loose-leaf Darjeeling tea and chai spices so you can make some Masala Chai to go with. Full instructions (and a link to a video) come too.

So if you've had a bacon naan craving that needs sating - there's not long to go now. 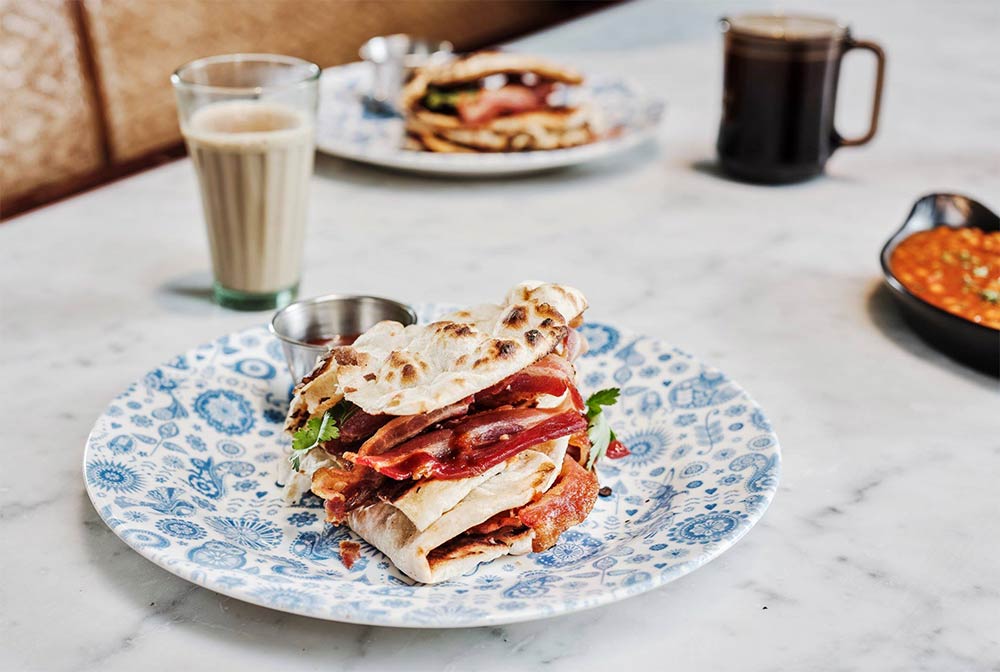 When is it available? From 18 June. Limited numbers are available to order from 3pm each day.

Where are they delivering? Deliveroo range of King's Cross, Kensington and Shoreditch