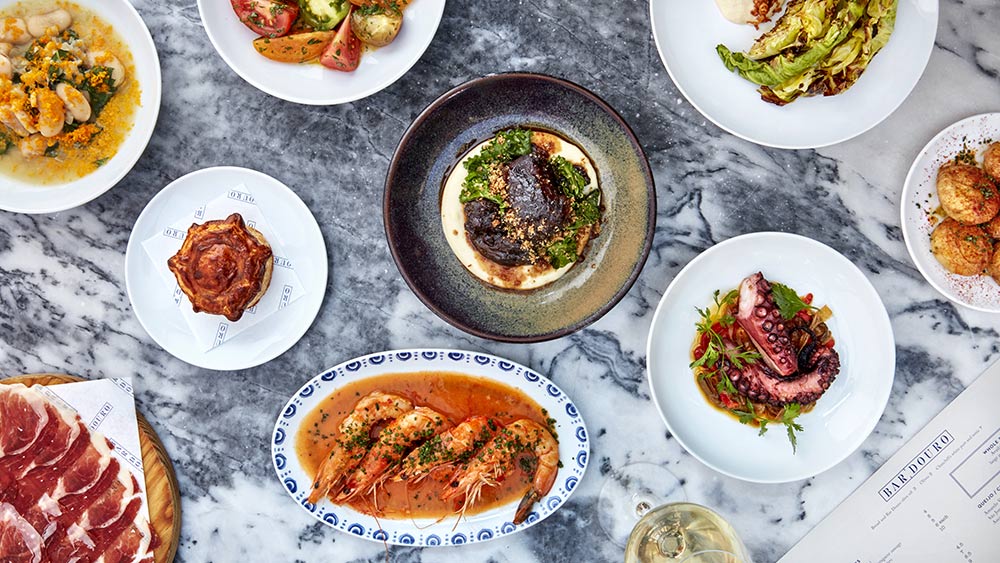 Fancy getting some Portuguese tapas in? Well, the excellent Bar Douro have just reopened to help you with that.

From Friday they're returning, kicking off with delivery on Deliveroo. The menu will be similar to the restaurants, with sections for Petiscos (snacks), Horta (garden), Mar (sea) and Terra (land). Here's a taster of what to expect:

Wine is a big deal for Bar Douro too - so you can expect a decent selection online too as well as craft beer and a DIY Churchill’s White Port and Fever-Tree tonic with orange peel and mint. And yes, there will be pastel de nata (aka Portuguese custard tarts). A meal at bar Douro wouldn't be the same if it didn't end with them.

How to order: Via Deliveroo (link TBC)