Twisted London open their King's Cross restaurant ahead of schedule 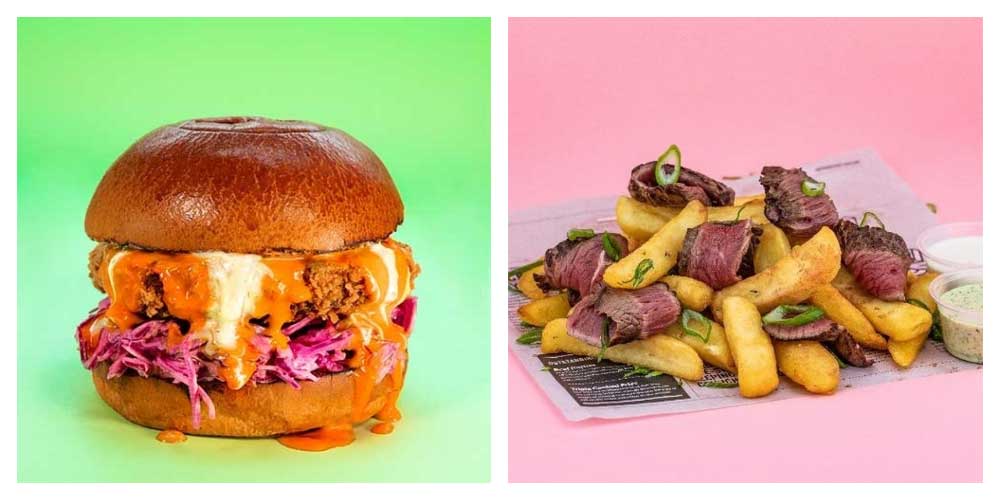 Often, a story we write is all about a new restaurant opening. And eventually Twisted London's new King's Cross venue will actually open as a counter service restaurant. Just not today. Instead, they'll launch as a delivery-only spot, like they do from their original Shoreditch location. So all the interesting dishes they come up with that are usually only available in East London should be now on offer to North Londoners too.

The space itself is in Tileyard - a development north of the main King's Cross site up at the top of York Road. It's where you'll also find the Two Tribes brewery and taproom. Twisted weren't due to open there until later this year, but the demand for delivery has been so high they've fast-tracked the whole thing.

On offer will be a range of Twisted London's burgers including their new Hot Vegan Miami Style burger with a chick'n patty (100% plant-based) from Miami Burger with vegan chilli buffalo sauce, slaw and ranch sauce. Sides include the enticing sounding panko fried pickles. For carnivores there's the option of High Steak Fries - strips of seared rump steak with rosemary salted fries as well as Korean fried chicken.

Soft launch offer: The first 100 people to order will get one free burger with all burger orders and a free can of craft beer from local Tileyard brewery, Two Tribes.

How to order: Via Uber Eats