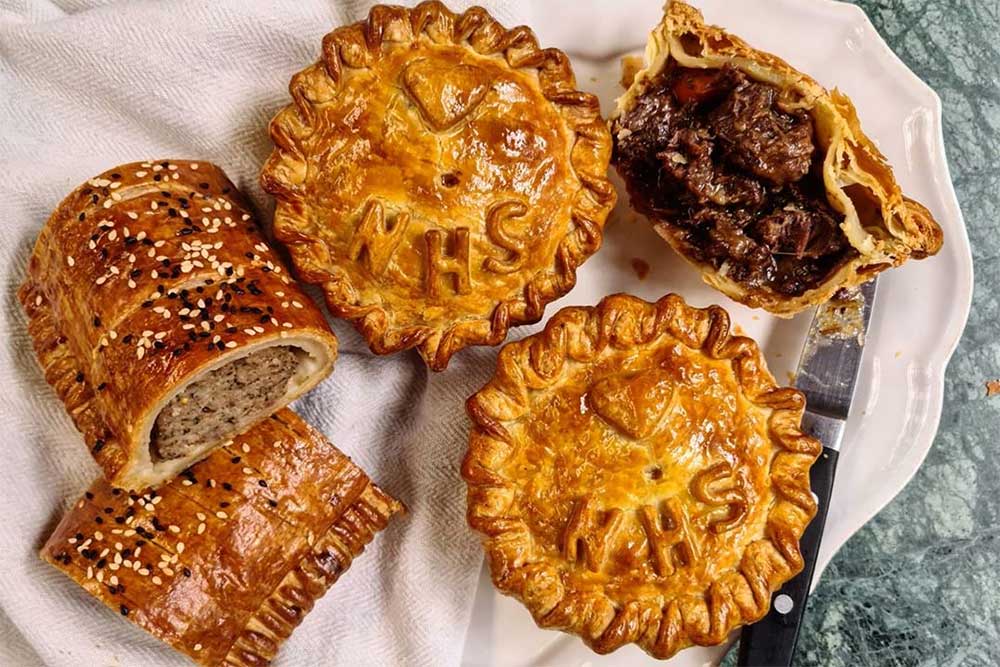 Over the past few weeks, we've been blown away by the many, many efforts from those in the hard hit restaurant community to help others. There have been folk from Michelin-starred restaurants and neighbourhood bistros making food for key workers and the isolated, raising money for the homeless and for those in their own industry and generally more than doing their bit.

So we're not remotely surprised to hear that chefs Calum Franklin and Nokx Majozi from the Holborn Dining Rooms have been spending their time while the restaurant is shut, working on ways to lift others. This morning, they'll be launching a range of pies and more at Greenwich butchers Drings "to raise money for the staff at our local NHS hospital, Lewisham & Greenwich."

It's a lovely idea, made even more so by the fact that it's a genuinely local collaboration. Drings apparently came up with the plan and the meat, Greenwich bakery Paul Rhodes helped with pastry and the supplies, and Cheeseboard UK supplied the butter while Brockley Brewery provided ale for the cooking.

The charity sale starts today, Calum says, "with a beef cheek and pale ale pie in shortcrust and a classic sausage roll in puff." You can only pick it up in-store (curses self for being stuck in stupid North London) and it's for a very worthwhile cause.