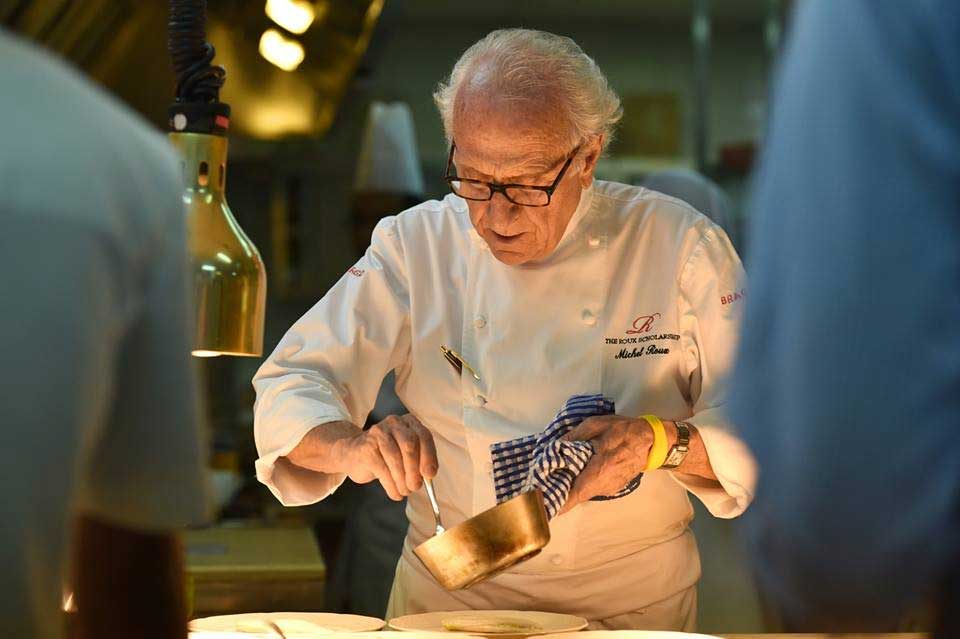 News comes today of the death of a legend in the UK restaurant scene, with the passing away of Michel Roux at the age of 79. The news was announced on his Instagram page:

We are deeply saddened to have lost our founding father, Michel Roux OBE. “We are grateful to have shared our lives with this extraordinary man and we’re so proud of all he’s achieved. A humble genius, legendary chef, popular author and charismatic teacher, Michel leaves the world reeling in his wake. For many, he was a father figure inspiring all with his insatiable appetite for life and irresistible enthusiasm. But above all, we will miss his mischievous sense of fun, his huge, bottomless heart and generosity and kindness that knew no bounds. Michel’s star will shine forever lighting the way for a generation of chefs to follow”. #michelroux

Michel Roux first made his name on Britain's culinary landscape when he opened Le Gavroche in 1967 (with his brother Albert) which is now run by his nephew Michel Roux Jr. Following Le Gavroche, he opened The Waterside Inn in Bray in 1972 which remains one of the country's very few three Michelin-starred restaurants.

The Roux brothers have been hugely influential on generations of chefs in this country. They set up the Roux Scholarship to support up and coming chefs, with names like Sat Bains, Andrew Fairlie, Andre Garrett, Simon Hulstone, and Mark Birchall all being previous winners. A third generation of Roux restaurant excellence also continues with Emily Roux's Caractere.

Here's how the restaurant world has responded today:

What a sad day, another chef legend leaves us too soon. The legacy chef Roux leaves behind us is immeasurable, with his brother Albert they took the UK out of the culinary doldrums and trained generations of home grown talent to cook fine cuisine, they were the first 3 star chefs ever in the UK and launched the careers of many great chefs. RIP chef and thank you for being a friend. See you another day love the Atherton’s

Michel Roux OBE was a true titan of the hospitality industry. He inspired a whole generation of chefs and the UK restaurant scene would not be what it is today were it not for his influence.
Our thoughts are with his family and the many who worked with this legendary chef.

Broken and so sad to let you know we have lost a legend and me a friend...words cannot describe what this man did for me in my life...he taught, he listened, he advised and he strengthened every part of what I do...Michel I love you, always have and always will... pic.twitter.com/BPhNiixPaE

RIP #MichelRoux You and your brother Albert changed the face of gastronomy, eating out and the world of restaurants in the UK. Every professional in this country are a proud descendant of your heritage. We owe you. Thank you #legend

RIP Chef ❤️thoughts with Alain & everyone in the Waterside family pic.twitter.com/zlFepHuFkF

Utterly devastated to hear the news of Michel Roux Snr passing away. A true legend

It is with deep sadness that the Roux family announces the passing of our beloved grandfather, father, brother and uncle, Michel Roux OBE. pic.twitter.com/sMDSQBNtL8