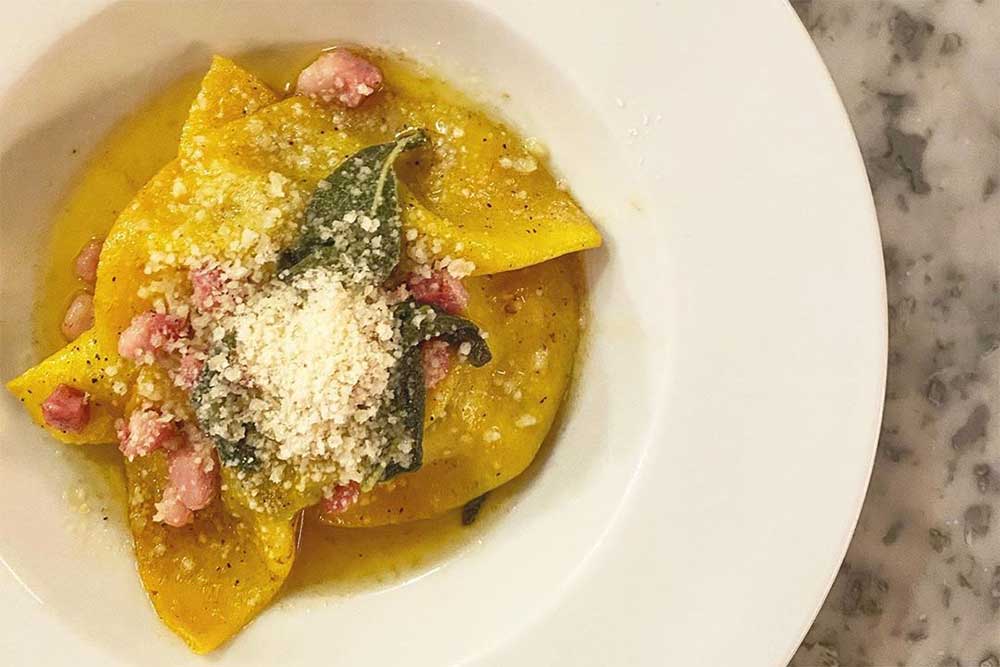 Almost four years after opening its doors in Stoke Newington, British-Italian restaurant Wolf has brought in a whole new (and very interesting) team.

The neighbourhood spot, which was opened by cousins Antony Difrancesco and Onofrio Dicarlo in 2016, now has Head Chef Rory Buchanan (ex-Calcot Manor) in the kitchen.

Add to that, the arrival of wine man Zeren Wilson and you have a hot new combo of talent whose first menu launches next week.

On it, you'll find Italian-style cheeses like London-made burrata by La Latteria and Pecorino from Yorkshire. And, as is the way nowadays, the bill of fare will be split into snacks, small plates, fresh pasta as well as larger meat and fish dishes. Good - and drool-worthy examples - include:

The wines will be just as interesting, with a list focusing on small production, natural and low-intervention wines, from both European and new world producers. Zeren says his list "celebrates some of the most distinctive winemakers around the world, from the organically farmed Sky Vineyards in Napa Valley, nestled near the summit of Mt. Veeder, to the iconic winery of Isola e Elena in Tuscany."

Where is it? 110 Stoke Newington High Street, London N16 7NY