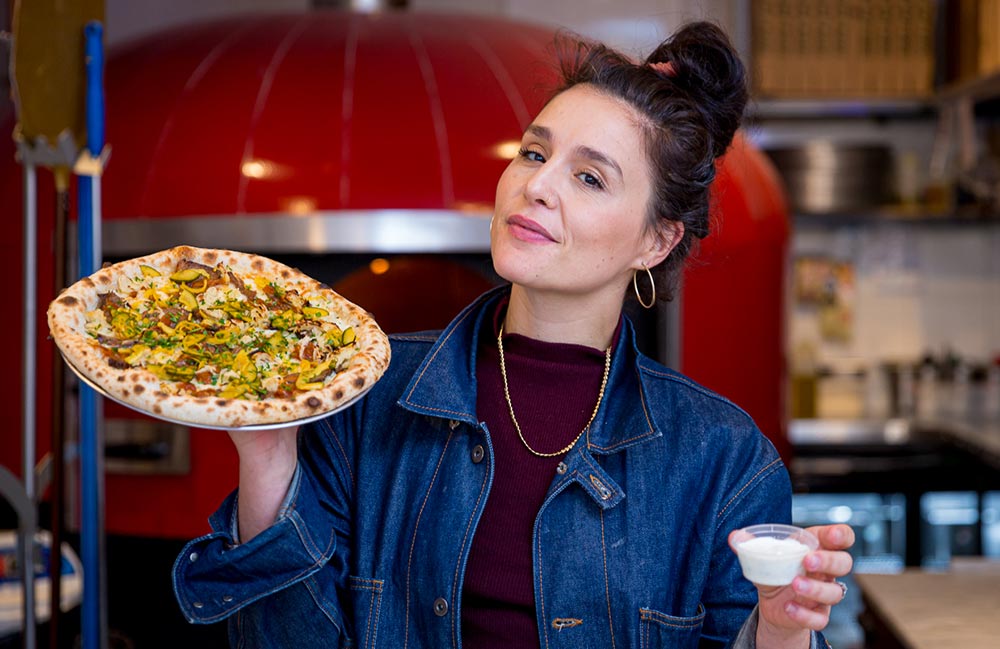 They've already teamed up with Loyle Carner and next up for Yard sale is a special pizza with Brit Award and Mercury Prize-nominated artist Jessie Ware. It's coming out just as her new cookbook hits shops, which is itself inspired by the hugely successful podcast (which she does with her mum) Table Manners, which has boasted Ed Sheeran and Nigella Lawson as guests.

The pizza's based on the ‘Jewish-ish’ chapter of the book and is the "Friday Night Full House" -  the Yard Sale signature double-fermented dough topped with a classic thinly sliced beef brisket, cola braised onions, smashed potato latkes and then finished with fresh dill pickles. They had us at brisket and latkes, to be honest.

There's also a brand-new sour cream and horseradish dip to go with the pizza - and a special T-shirt too (with £1 from each T-Shirt and pizza sold will be donated to Nightingale Hammerson, of which Jessie is a patron). 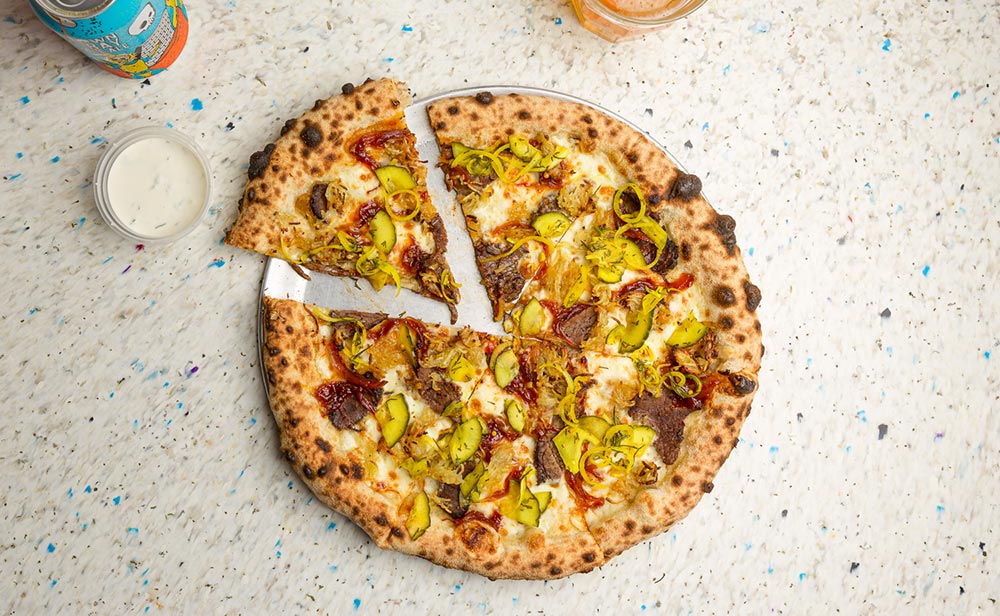 More about the Jessie Ware pizza

Where is it? All Yard Sale locations