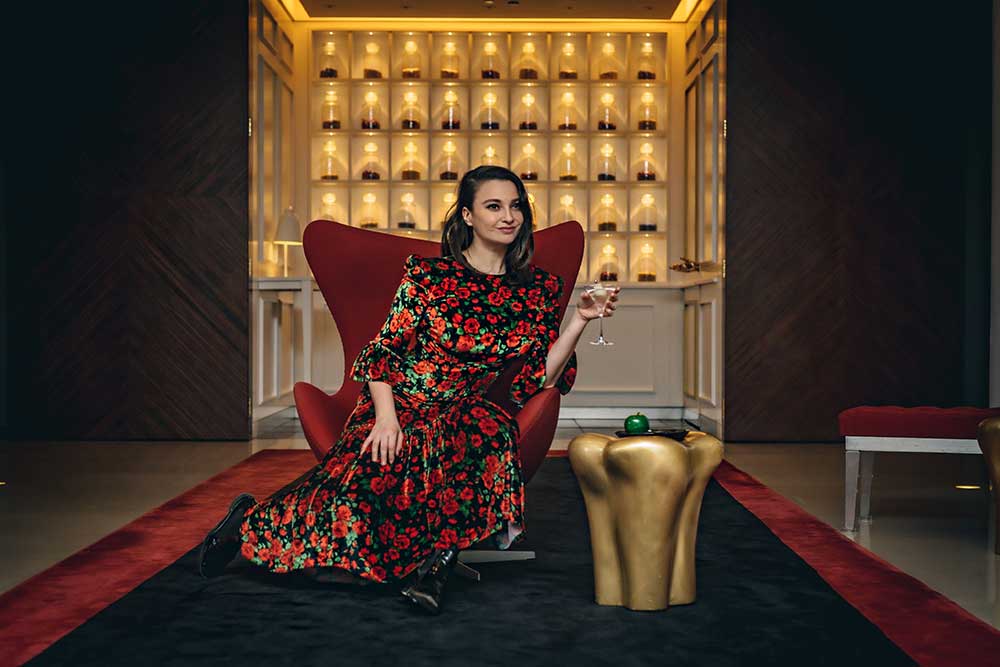 If you've been wondering what Gizzi Erskine was up to next, well she's just about to open a three-month residency at the St Martins Lane London hotel.

And we rather like the sound of The Nitery by Gizzi Erskine. It's inspired by early 20th-century Parisian niteries (which sound like they were the first restaurant pop-ups) and the more louche spots of the same name that were seen later across the pond in Atlantic City. It's going to be a mix of French, American and English biodynamic food, wine and cocktails.

Frankly any menu that kicks off with devilled eggs with roast chicken crackling has our attention, not to mention the oysters with yuzu kosho granita or flagoelet dauphinoise, goat cutlets and bisque. Desserts sound equally impressive. including Chocolate mousse with Horlicks cream.

Come the weekend, a brunch is planned and on Sundays, there'll be a - drumroll - carvery station. That'll be serving beef, lamb or pork with all the usual Sunday roast trimmings, as well as a veggie wellington with vegan gravy and both a cheese and dessert trolley doing the rounds.

More about The Nitery by Gizzi Erskine