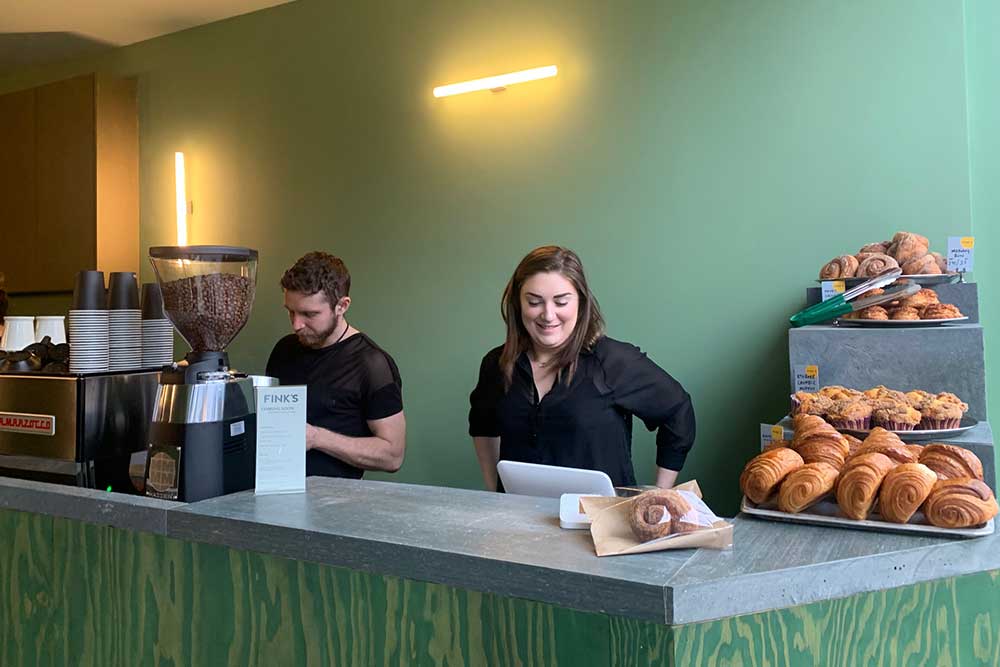 In a nutshell: Popular Highbury spot expands their N5 empire

Summing it all up: The duo behind neighbourhood favourite Fink's Salt & Sweet are expanding - but they're not going far. Their second place will be a coffee shop on nearby Gillespie Road.

We've been fans of Highbury neighbourhood spot Fink's Salt & Sweet since it opened back in 2014 and it's developed a large fanbase in N5. But the past few months have been pretty tough for owners Jess Blackstone and Mat Appleton. The cafe was just one of many properties in the area affected by a huge flood when a nearby water main burst, back in October.

The good news is that not only are they working on reopening the original Fink's, but the duo are getting ready to open a new coffee shop - right around the corner on nearby Gillespie Road. The new location is just down the road from Arsenal tube which will make it handy pitstop on match days.

Jess describes Fink's Gillespie as "the little sister of Fink's Salt & Sweet - a compact coffee shop with a short but top notch breakfast and lunch menu."

The food, as you'd expect, sounds right on point. The caffeine comes courtesy of Caravan Coffee, carbs are via Dusty Knuckle bread and they'll be making cakes in-house.

Dishes on the opening week lunch menu include:

All will come served with grains, slaw or Dusty Knuckle Potato Sourdough

As for the look of the place, there's a distinct eco angle to the design. They'll have an industrial recycled plastic counter, green stained wood walls and all their coffee cups will be made from recycled coffee.

And for anyone wanting news of the original Fink's - Jess told Hot Dinners they were "nearly dry" with hopes that rebuilding work will begin in the next few weeks. "We hope to be back up and running with a new menu and a few little face lifts in spring this year," she said.