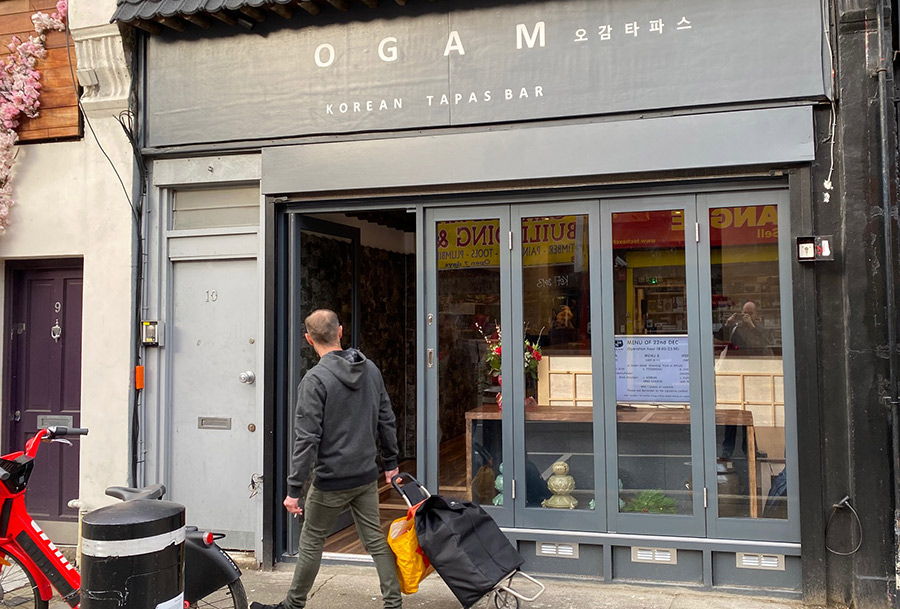 While wandering through Angel over the Christmas break, we spotted this restaurant that opened somewhat under the radar in December. Owner Tae Yeol Kim was apparently International Korean cup Championship 2015 Winner Bartender and is also a Korea traditional alcohol Ambassador. Ogam will serve up a Korean tapas menu (obviously) in a small restaurant that's primarily counter seating. At the time of writing, there's a choice of three set menus, all three courses, all at £18.

Those three options (which come with a cocktail) are:

That list should change regularly and they'll be bringing in an a la carte menu soon. As for the drinks, Tae Yeol Kim has run various masterclasses focusing on the traditional Korean drink makgeolli, so we'll be expecting to see that on the drinks list here.