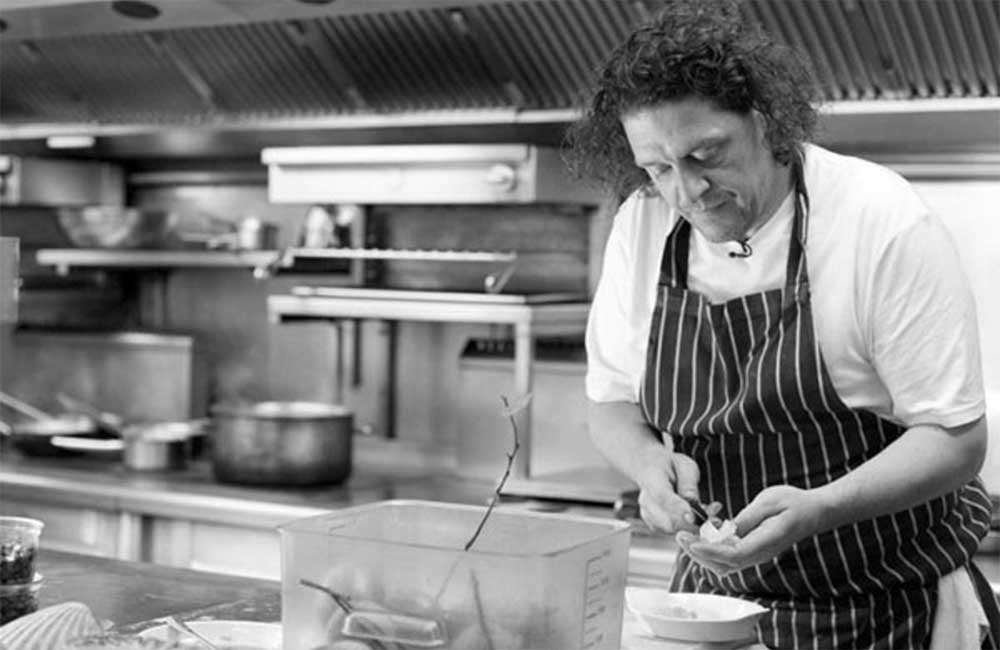 It's a plot you couldn't make up if you tried. But former hellraiser chef Marco Pierre White apparently has a major movie being made about his life.

The chef was talking to Irish newspaper the Sunday Independent this weekend when he mentioned that Ridley Scott is behind a biopic based on his life and that A-lister Russell Crowe would be playing him.

"I have just signed the deal," Marco told the paper, which is interesting because Ridley Scott actually optioned the movie five years ago. In 2017 Marco told Irish TV about the movie project mentioning that "An Irishman does have the option to play the Marco in the middle, I suppose the good-looking Marco, the naughty Marco, the wild Marco. It’s Michael Fassbender."

And in an interview last summer with the Belfast Telegraph Marco said: "Ridley Scott approached me and bought the rights of my autobiography. Russell Crowe will play the third Marco and Michael Fassbender has been announced as the middle Marco."

Wait? There's more than one? The chef explained: "When they do a movie on your life, you don't just have one Marco -I am nearly 60 years old."

While it's not now clear whether Fassbender is still in the mix, the newest detail is that Crowe has now written the script and will be directing the film.

The movie, whenever it actually does get made, will use the chef's autobiography The Devil in the Kitchen as its source material, following the chef's meteoric rise to fame through his Wandsworth restaurant Harveys (which is also where Gordon Ramsay and US chef Mario Batali both learned their trade).