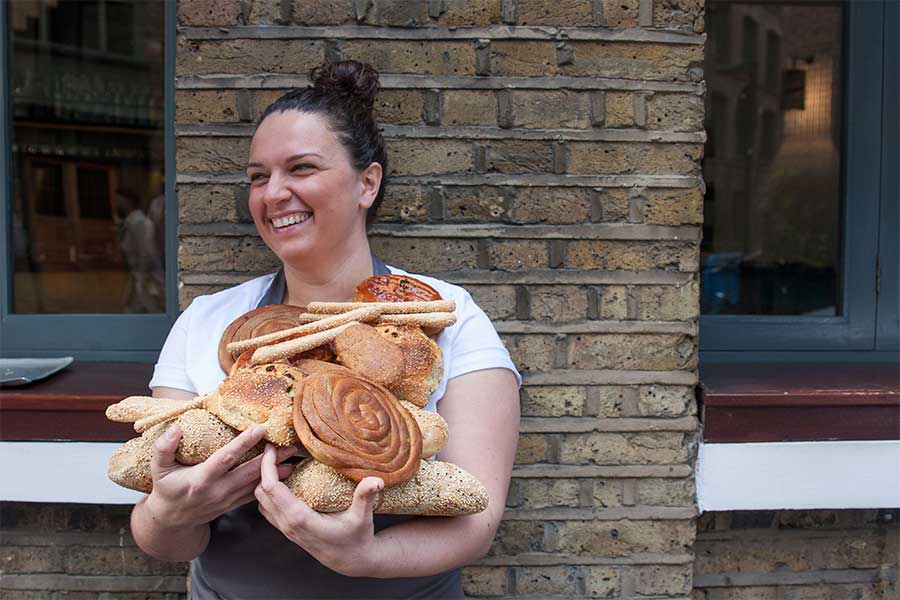 In a nutshell: Kyseri transforms into a Turkey Cypriot all-day bakery and restaurant

Summing it all up: Having announced plans to close Kyseri, Selin Kiazim and Laura Christie have revealed that their new space will be open from breakfast onwards and will focus on Selin's bread and pastry making skills.

A month ago Selin Kiazim and Laura Christie, the duo behind Oklava and Kyseri, announced they were closing the latter just before Christmas to reopen it under a new guise. Now we know what that new incarnation is going to be.

Oklava Bakery + Wine will be an all-day spot - open for breakfast and brunch through to dinner. As the name suggests the new place will focus much more on Selin's baking skills.

To that end, you can expect to enjoy all manner of breads "influenced by Selin’s Turkish-Cypriot heritage" including:

As before, co-owner Laura Christie will oversee the new wine list which here will showcase wines from Turkey, Armenia, Lebanon, Georgia and Greece.

We're already planning a trip down for breakfast/brunch having seen what's on offer. Everything from the Hellim & Medjool Date Butter Toastie to Whipped Feta on Toast and Scrambled Eggs with Peppers, Tomatoes & Chilli and Potatoes, Broken Eggs & House-Cured Pastirma sounds worth trying.

Right now they're hoping that a Kickstarter campaign will help them raise the money they need for a larger oven and cool room for overnight dough proving. There's loads of rewards on offer, including a dinner cooked by Selin along with Peter Gordon, Pip Lacey, Tom Brown, Sabrina Ghayour & Angela Hartnett which at £400 for two seats sounds a steal.

The new-look space will see a working kitchen and bakery at the front with a shop and takeaway section too - handy if you work nearby.

Where is it? 64 Grafton Way, Fitzrovia, London W1T 5DP