Five Guys are launching a breakfast menu in London 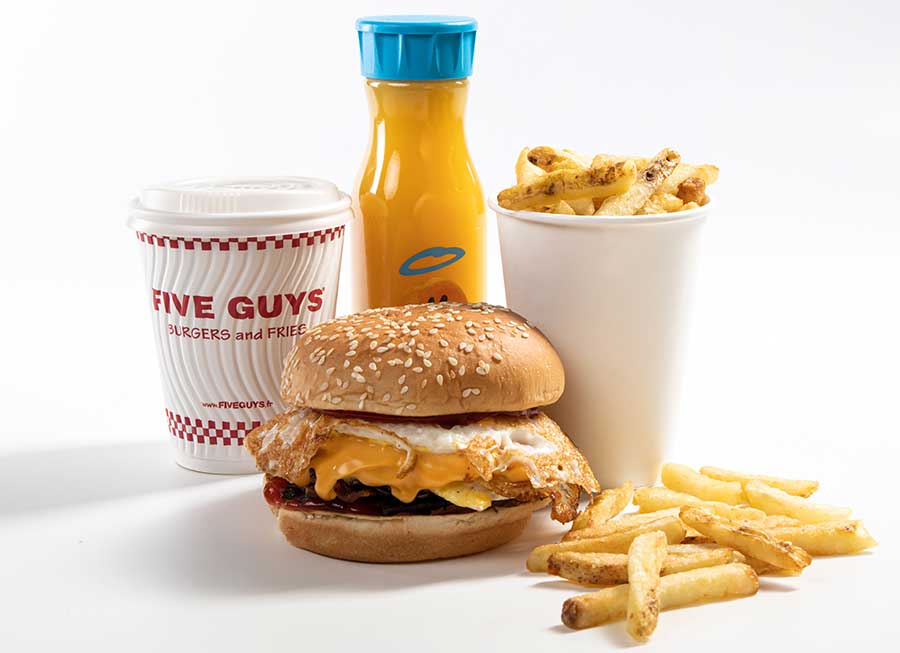 Next week's a bumper week for burger folk Five Guys. Not only are they opening their 100th UK store (in St Paul's since you ask) but they're also about to launch their first breakfast menu in four of those stores.

Two of those stores will be in London - the new one at St Paul's and the Oxford Circus branch. Alongside the usual burger offering there'll be four breakfast sandwiches - all a variety on the egg, cheese and bacon theme.

A plain egg roll starts at £3.95 and the most expensive one is a Bacon Egg and Cheese roll with crispy smoked bacon, two free-range eggs and melted American cheese in a bun. As with the burgers, you can add any toppings for free. They'll also be serving up fresh, ground coffee.

When? Breakfast launches on 9 December 2019

Soft launch offer: Free meals for all customers at the St Paul's Five Guys branch from 8am to 11pm on 9 December. At breakfast, that'll be an OJ and breakfast burger. After that you'll get a burger, fries and soft drink.