Hoppers is bringing their Sri Lankan food to Kings Cross 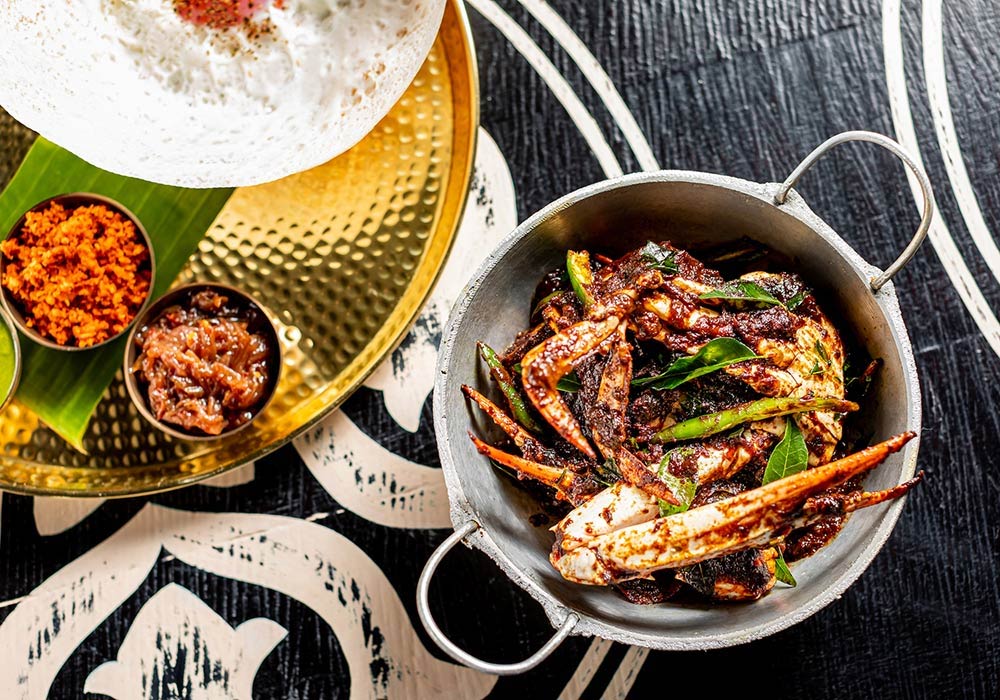 In a nutshell: Sri Lankan in King's Cross

Summing it all up: Hoppers, the Sri Lankan and South Indian street food-influenced restaurant, is opening a third restaurant in London, following the success of its Soho and St Christopher’s Place outlets. Its Pancras Square venue in Kings Cross will be home to a menu exclusive to that site and the biggest bar of its venues.

Joining the likes of German Gymnasium, Vinoteca and Granger & Co, Hoppers is opening an outlet in Pancras Square, fast becoming a popular dining and cocktail hub near King’s Cross station. This will be Hoppers’ third restaurant following openings in Soho in 2015 then St Christopher’s Place in 2017.

If you’ve not yet had the pleasure of the Hoppers experience, you can read Hot Dinners’ test drive of the Soho restaurant here. Influenced by the street food of Sri Lanka and South India, Hoppers is one of several heavy-hitters backed by JKS Restaurants group, who are also responsible for the award-winning Lyle’s, Flor, Gymkhana, the BAO chain, Sabor, Kitchen Table, Bubbledogs and more.

Much like the first two Hoppers venues, the design of this restaurant revolves around a unique theme: the Sri Lankan coastal journey from capital Colombo to historical Dutch town Galle. So, expect Dutch influences in the interiors (created by Article Design Studio), such as cast-iron-framed glass lanterns in the main dining room, and even features from Bentota Railway Station and the Coat of Arms Bar at Galle’s Jetwing Lighthouse Hotel. You’ll also dine amid exclusively woven hand-loom fabric panels from Sri Lanka’s only Fair-Trade guaranteed weaving company Selyn.

And if you’re already a Hoppers regular, you won’t want to miss this because the Kings Cross menu has some specials only available here:

There’s more good news on the drinks front. Hoppers Kings Cross has the largest bar of its three sites (including beers on tap and ‘tap cocktails’), which might be a fine place to kill some time over swizzles, punches, coolers and IPAs if there are delays at the station. Among the list you’ll find:

That's not all from JKS in St Pancras though - a new Bao is on the way too. 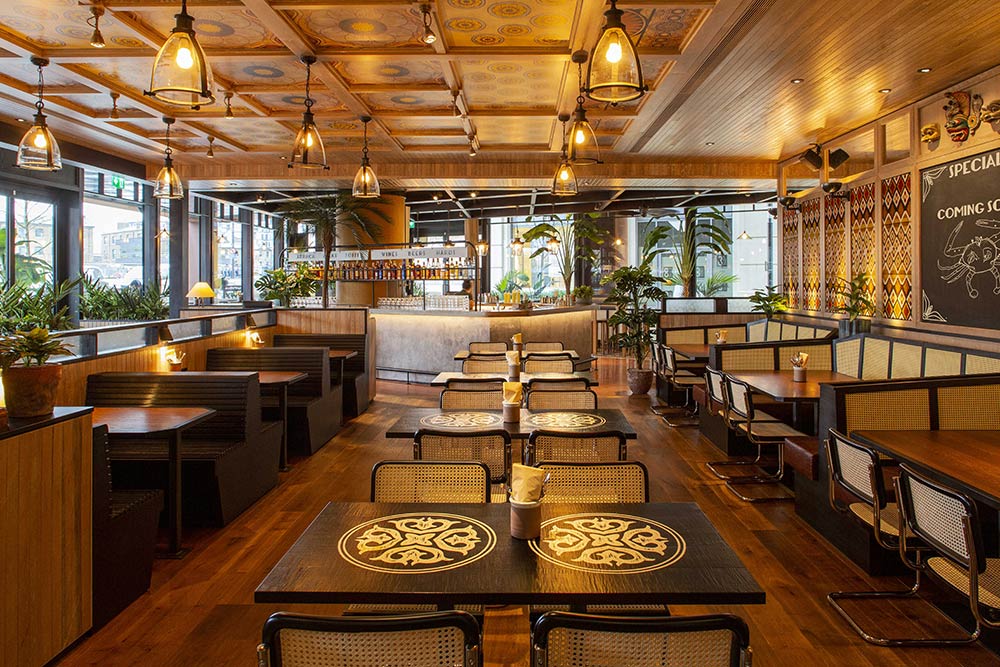 A look at the new Hoppers restaurant.

Where is it? Pancras Square, Kings Cross, N1C 4AG