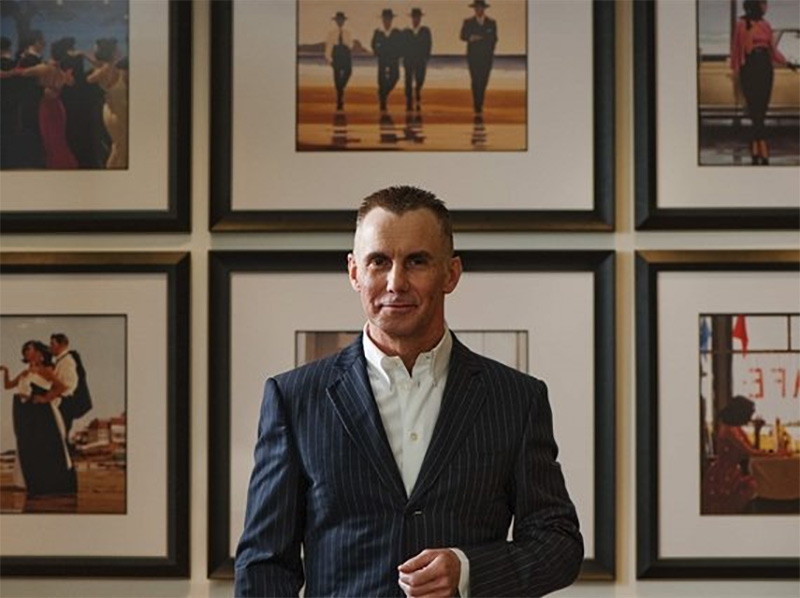 Shocking news this morning from Dubai as we hear that popular TV chef Gary Rhodes has died. The chef, who was just 59 and had moved to work in Dubai in 2011 died last night with his wife by his side. A family statement says:

The Rhodes family are deeply saddened to announce the passing of beloved husband, father and brother, Gary Rhodes OBE.

Gary passed away last evening, Tuesday 26th November 2019, at the age of 59, with his beloved wife Jennie by his side.

The family would like to thank everyone for their support and ask for privacy during this time.

A statement issued by the hotel where he had his restaurant Rhodes W1 (he also had Rhodes Twenty 20 at Le Royal Meridien) said:

"The team at Grosvenor House Dubai and Le Royal Meridien Beach Resort and Spa are devastated to hear of the tragic passing of Chef Gary Rhodes OBE.

Not only has the industry lost a true culinary legend, we have also lost an inspirational human being and a very dear friend.

"No words can express our sadness at Gary’s death or our gratitude for the opportunity to work with him. Our thoughts and prayers are with the Rhodes family.

Rhodes, who trained under Brian Turner at the Capital, got his first big job in London as head chef of the Greenhouse restaurant in Mayfair in 1990. And it's there he did so much to revive great British classics like bread and butter pudding. He won his first Michelin Star at 26, and gained his second in 1996 for the Greenhouse in Mayfair.

In 1997 he opened City Rhodes and then Rhodes Twenty Four (where Jason Atherton's City Social now is). He also fronted several TV shows and published cookbooks too.

Busy to the very end, in a recent interview, the chef revealed his plans to revisit his famous TV series Rhodes around Britain 25 years later.

"I want to do the series all over again," he told Dram magazine, "but with a 25-year gap. I’d like to see how has the UK changed, and what has happened on the culinary scene... The young of today were either babies or not born when I did the original series." We'd have loved to have seen that.

Already chefs are taking to social media to react to the news and, one thing has been made abundantly clear from their posts; Rhodes was hugely respected, very well liked and a huge inspiration to the many chefs who trained under him and worked with him. He will be very much missed.

We lost a fantastic chef today in Gary Rhodes. He was a chef who put British Cuisine on the map. Sending all the love and prayers to your wife and kids. You’ll be missed Gx pic.twitter.com/RRWlWhjup8

Very sad to get a message this morning from Dubai informing me of the brilliant Chef and mentor Gary Rhodes passing last night. What a shining star for British gastronomy. Rest well Chef

A true culinary genius that inspired so many. Our thoughts are with Gary's family at this time. https://t.co/wn4BL6hH3x

Terribly saddened to hear of the passing of my old mate Gary Rhodes. Sending my deepest condolences to his family. RIP Gary.

We are all very sad to hear of the passing of Gary Rhodes. He was an inspirational chef and British gastronomy owes him a huge debt. Our thoughts are with his family and friends.

Shocked & sad to hear the news of Gary Rhodes passing.

He was one of the nicest Chef/operators I worked with & have very fond memories of the mad London days at his old restaurant in Marble Arch with the boys @paulwelburn & co.

So sad to hear the news about Gary Rhodes. A true culinary icon and a lovely man. Sending my love and thoughts to his wife Jennie and their boys. RIP, my friend. xx

Such sad news of the passing away of one of England’s great chefs, Gary Rhodes. A man I was privileged to know from his very early days, watching his success & noting the number of young people he inspired in our wonderful industry. A true friend. RIP chef. ♥️ to Jennie & boys x

I have just heard the terrible news that a good friend has left us. Gary was not only a remarkable craftsman but also a brilliant ambassador for our industry. I am saddened like many of our friends - it is a great loss. Sending all our love to Jennie, his sons, and all the family

No words can express my sorrow, we have lost a culinary genius that inspired a generation to cook. A champion of British ingredients and the classics. Gary, I will forever look up to you X

Sadly Chef Gary Rhodes OBE passed away. My heart felt sympathies to his wife , kids, friends and family, sending love and thoughts ..... Gary was a fantastic chef and incredible ambassador for British cooking, he was a massive inspiration to me as a young chef. He reimagined modern British cuisine with elegance and fun. rest in peace Chef 🙏

So sad to hear Gary has passed away, I always looked up to him as a chef and a culinary giant in our incredible industry. RIP great man

1/2 I’m deeply shocked and hugely saddened to hear the tragic news about Gary Rhodes. He is one of the greatest British chefs who almost single handedly put British food on the world stage. Taking simple ingredients, embracing classic dishes & making something world class

2/2 Many chefs have been through his kitchen, myself included. I consider it to be an honour to have stood alongside him at the pass. My thoughts go out to family and close friends for their huge loss.

Rest in Love Chef. So honoured to have known you and share your love of Magaritas, sending love to Jennie and the boys xx pic.twitter.com/RaZBEapHAR

You made British chefs proud of cooking British food and so much more. Thank you for giving me the inspiration to cook and become a chef when I started cooking at Thanet College in Kent. Rest in peace chef x

To say I’m devastated to hear Gary Rhodes has passed away is an understatement. He was only having a picture taken with one of my ex sous chefs in Dubai last week for a new show so this is shocking news. A true legend of proper British cuisine who started us all on the path to great cooking in this country. I’m mortified. Love going out to all his family and friends.

What a very sad day, I simply cannot believe that one of our greatest chefs left us too soon Gary was one of the very first that paved the way as a true chef, genius not only in the kitchen but out of it. He showed us how you could not only be successful in the kitchen but also write amazing books do amazing Tv shows and was one of the true greats. We only cooked together just the other month celebrating our love of dubai together and had planned to do another at Rhodes in February I simply cannot expresss how gutted I am , love to Jennie and the family rest in peace chef and show them up there how great you are . X

10 years ago I worked in Gary’s kitchen at Rhodes 24. He wasn’t there an awful lot by this stage (something I more that understand now). When I did see him it was usually at 6am arriving still dressed in a tuxedo from the night before. But every time he spoke to me he did so with the sort of positive attitude that I felt was missing a lot from our industry at that time. I came to his kitchen a broken lost soul having been bullied into a state of almost total emotional shutdown by my last job and almost ready to quit. Not for a second did they go easy on me but instead worked me an till I found my rhythm and kept the pressure up till all my muscle memory kicked in and I just got it. I owe a lot to him and his kitchen as without him I wouldn’t be here. RIP Gary , much love, sorry for all the risottos I fucked xx

The things you wished you had said ...... but now it’s too late. My first chef, mentor, my inspiration, thank you. I wouldn't be chef I am today without you. Rest in Peace Gary Rhodes