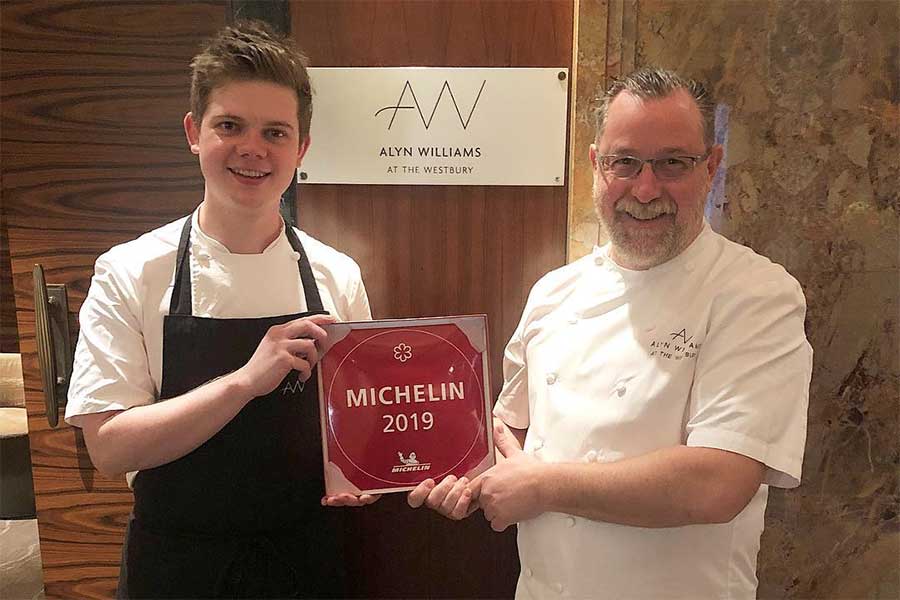 Chef Alyn Williams' unfair dismissal case following his untimely departure from The Westbury Hotel was heard in court last week and the judge ruled in the chef's favour, agreeing that he had been unfairly dismissed.

But what we're agog with are the details surrounding the event that led to the hotel and chef parting ways. According to the Daily Mail, the chef held a private party in his restaurant at The Westbury which included setting up for the kids in attendance, a football pitch with goals and a net. The party in itself wasn't unusual as the chef had been allowed to hold parties in the restaurant many times before, when it was closed on Sundays. Each time he brought in his own food and drink, just using the place as a venue.

The court was also told about the behaviour of two young guests at the party (which was held where tables had been set up for the hotel guests' breakfast). That included - are you ready for this? - drinking tabasco sauce directly from a bottle and one of the lads (on 14 occasions) eating sugar cubes direct from the sugar bowl. We've definitely done the latter ourselves in the past - maybe not 14 times though...

Owner Azad Cola was pretty miffed by this behaviour and his disapproval led hotel management to dismiss the chef, which is where the problem lay.

Tribunal Judge Pavel Klimov said: "I find (The Westbury) did not have reasonable grounds to believe (he) was guilty of the misconduct. It was known... that (Alyn) had been using the restaurant for private events and those events involved children playing in the restaurant."

The tribunal will reconvene later to decide on the issue of compensation.

News hit social media last night that the well-respected chef Alyn Williams - who runs the Michelin-starred restaurant at The Westbury - has been dismissed from the hotel.

According to trade title The Caterer, Williams told them he'd been dismissed last month, after using the hotel restaurant for his own private event on a Sunday without permission. Apparently it was something he'd done before with their knowledge and he paid for all the food and drink himself - the restaurant isn't open on Sunday.

"I am understandably very upset and disappointed," he said, "pointing out that he had won the hotel "a Michelin star which we maintained for eight successive years and four AA rosettes for five successive years.”

A statement by the hotel's general manager, Andrew Henning referred only to Williams 'stepping down' and added: “We are very grateful to Alyn for the hard work he has put in whilst at The Westbury. His talent in the kitchen is evident and he’s been a real asset to the team. We wish him all the best in his future endeavours and look forward to seeing what he does next.”

More about Alyn Williams at The Westbury