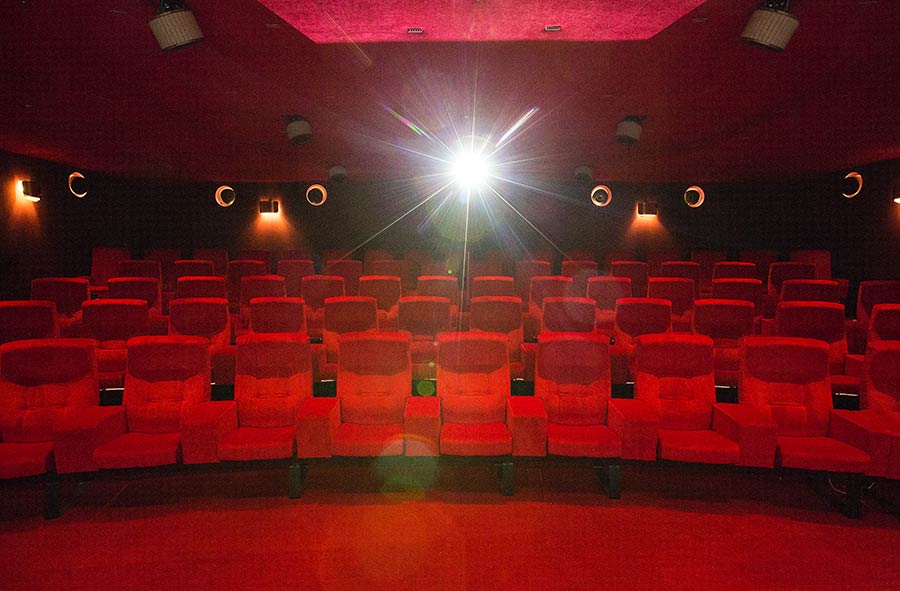 London has started getting a few new luxe cinemas where the food is a little more than nachos and popcorn. The latest to open is a cinema right in the heart of Selfridges on Oxford Street - but alas you can't take the food into the screening with you.

The Cinema at Selfridges is now open on their lower ground floor (there's a direct entrance from the street too) and has been created by Olympic Studios - who also run cinemas in Barnes (Olympic Cinema) and Battersea (Archlight Cinema). Tickets are between £12 and £20, but it's the food that has caught our interest - with sharing plates during the day - and a special afternoon tea option too. Most of this is - however - served in the new restaurant bar. Inside a screening room, there's a separate "silent snacks" option (popcorn, etc).

But that bar will be a handy destination all in itself with a bar food menu that includes:

And for afternoon tea, the whole menu is:

The vegan option includes options like "Courgette Cupcake with Pineapple Compote and Candied Pecans" and "Scone, Sunflower Butter and Homemade Jam". Both options are £32 or £47 with a glass of Champagne.

Add to that a drinks list which includes cocktails, wine - and lots of Champagne, of course - and it makes catching the latest release a lot more enticing.

More about The Cinema at Selfridges