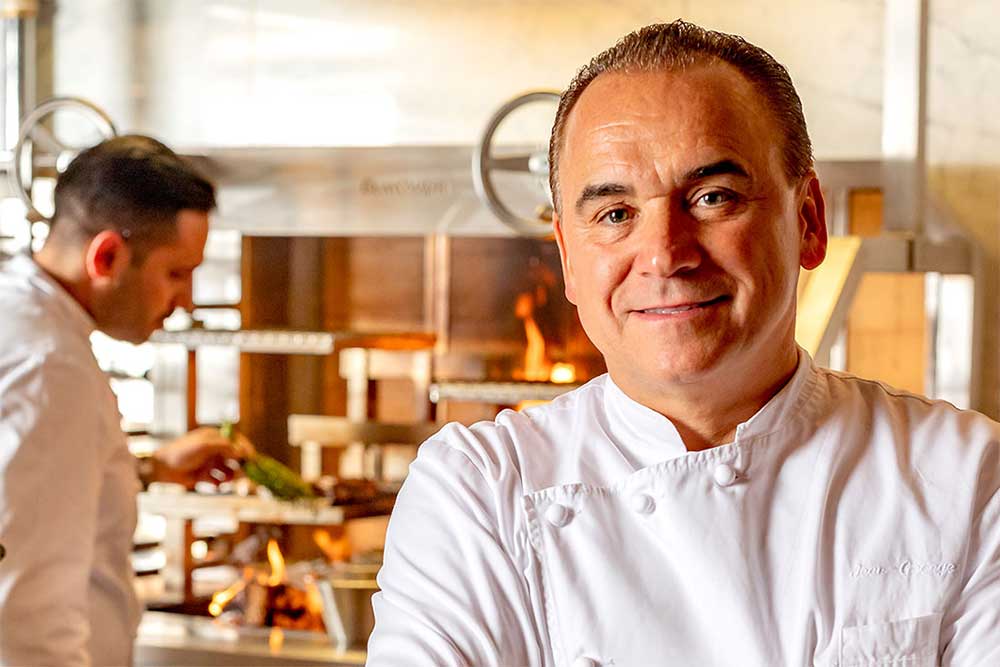 What: The Connaught Grill

In a nutshell: The Connaught looks to its history for its next restaurant opening

Summing it all up: Carving out space on the hotel's ground floor, The Connaught is bringing back its legendary restaurant The Connaught Grill with Jean-Georges Vongerichten providing a modern take on grill room classics.

Well here's a thing. It's not often one of London's five-star hotels manages to create a new restaurant out of thin air, let alone revive an old-school one while they're about it. But that's exactly what The Connaught is doing. The hotel announced plans today to reopen The Connaught Grill.

For those of you who weren't around in the last millennium, The Connaught Grill was one of those super trad restaurants which ran from 1955 through to 2000. Back in the day it was somewhere you might spot Princess Diana having an under-the-radar lunch with her stepmother Raine Spencer or where Michael Caine bumped into Graham Greene after filming Greene's novel The Honorary Consul. It's also where the Queen Mum came to open the new kitchens in 1992. Always somewhere to enjoy French haute cuisine, its most famous Head Chef was Michel Bourdin who presided over both restaurants at the hotel for over a quarter of a century.

The 46 seat restaurant will be where the Carlos and Regency private event rooms used to be. For the design, they're working with American craftsmen George Nakashima Woodworkers in Pennsylvania who'll be making bespoke wall panels, tables and chairs for the restaurant.

It's definitely not intended to be a fusty spot as the hotel's co-owner Paddy McKillen explains: “We are bringing the Grill back to be discovered by a new generation, a Connaught Grill of today not yesterday, using craftsmen and chefs of today, but with the spirit and old school charm of the legendary Connaught Grill.”

Running the kitchen will be chef Jean-Georges Vongerichten (who, of course also runs the hotel's Jean Georges restaurant) who's viewing this as a contemporary grill room. To that end there'll be an open kitchen with wood-burning grill and rotisserie. There'll be a daily special, British game and seafood and you can expect the wine list to be rather special.

“There will also be a homage to classics from the old Connaught Grill” said Jean-Georges,.

We've now had a look at the menus and there's going to be a pie of the day from Tuesday to Saturday - including oxtail and bone marrow on Thursday and chicken and foie gras on Saturday. The meal kicks off with categories split into oysters, raw, soups & salads and starters. From those dishes to look out for include:

For mains, there's a straight choice of what you want from the grill - meat, fish or veg, including options like:

As for desserts - they're keeping it strictly nursery with classics like Baked Alaska, sticky toffee pudding and bread and butter puddings all options.

More about The Connaught Grill

When does it open: Open now