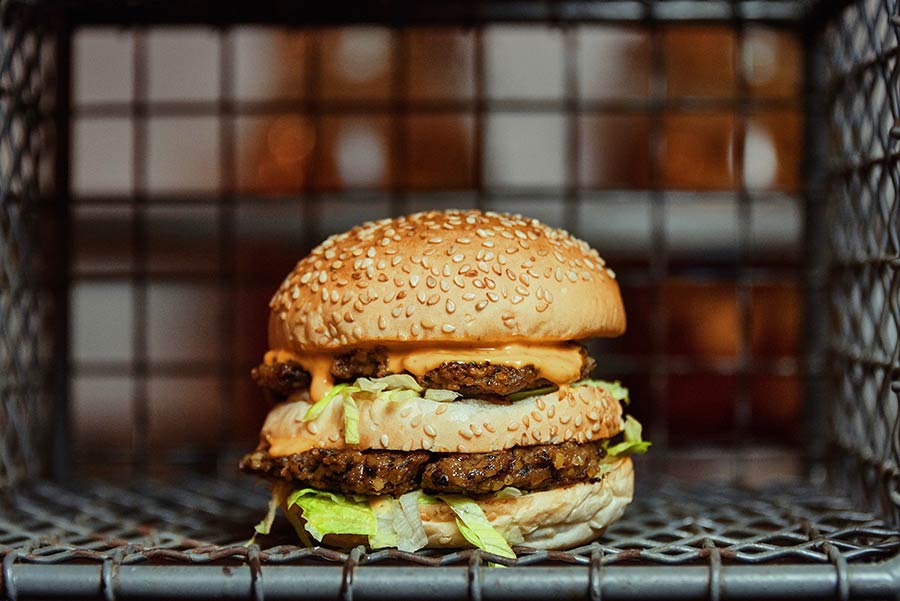 Summing it all up: Acclaimed chef Neil Rankin has spent eight months working on the secret ingredients for a unique plant-based burger, which will feature on the menu at his new environmentally-friendly restaurant, Simplicity Burger on Brick Lane.

We had the opportunity to try a few Simplicity burgers during the launch event a couple of nights back - and we left really impressed by what Neil Rankin's achieved here. One of the trickiest thngs to get right if you're hoping to persuade meat-eaters to rate your plant-based burger is getting the texture right. Trying both sliders and a standard burger, we think he's achieved it here. We'd definitely recommend checking it out. 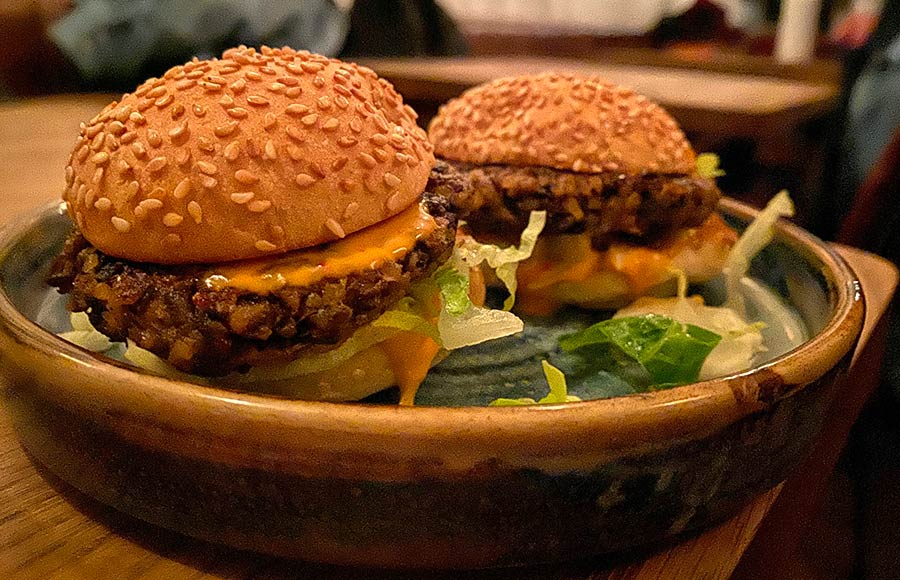 You know the plant-based dining movement is more than a trend when chef Neil Rankin gets on board. Previously known for his meat-focused outlets (Pitt Cue, the Smokehouse, and the temper restaurant group), Rankin is taking an abrupt twist and opening Simplicity Burger, a restaurant dedicated to sustainability, zero waste, and plant-based burgers made with a top-secret recipe.

And it’s more than just lip service. Simplicity Burger isn’t the result of a fancy re-fit - it’ll reuse the previous décor from former tenants Hopscotch. Rankin’s vegetables will be sourced from the environmentally conscious, chef favourite Natoora, which supplies fresh produce to some of the best restaurants in the world - but Rankin will take their ‘seconds’. And there’ll be compostable plates and no single-use plastic. So far, so 2019. But what about this secret burger recipe?

‘It’s ten-day fermented vegetables and barley miso," Rankin told Hot Dinners. That’s the secret? "There is other stuff" he says mysteriously, "but that’s basically the bulk." He’s spent eight months perfecting these plant-based patties, and everything will be prepared on-site and served up in a diner-style setting for 45 covers, with Rankin really keen to prove that there’s no sacrifice in quality or cost when making a vegan decision over meat. Initial choices include:

The restaurant is undoubtedly going to be a popular spot in this part of town – and not just with vegans – so the no-reservations policy could be daunting. Fortunately, it’s also home to a new underground bar where you can wait it out: Last Days on Earth, curated by Chris O’Neill (ex temper). Cocktails and snacks here are also 100% vegan and served until 1am. Which is also good news for post-restaurant drinking, we think