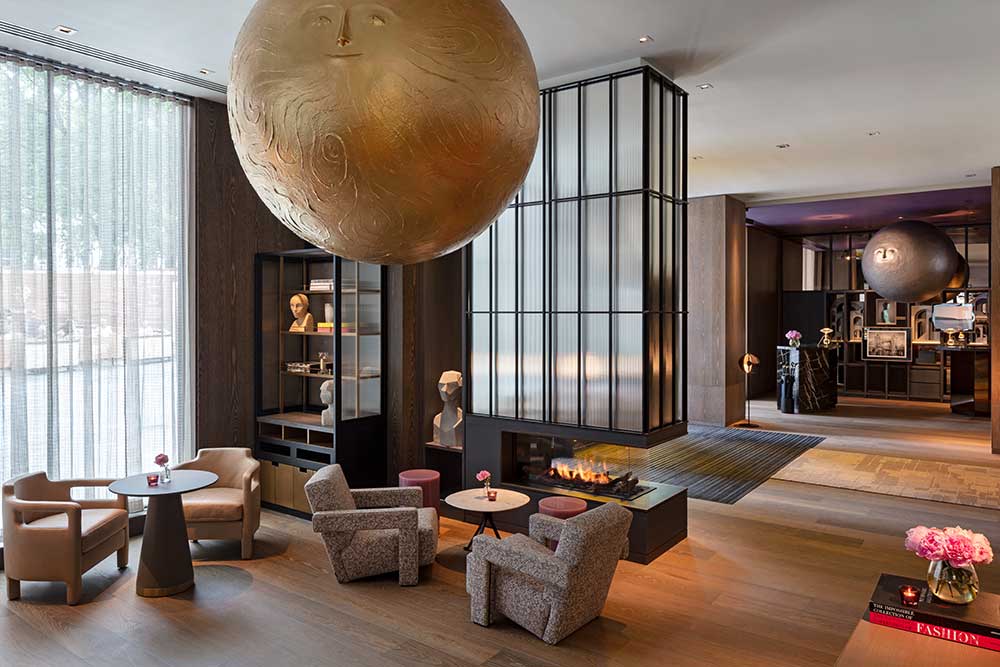 Updated 9/8/21 with pictures and opening date

In a nutshell: Super boutique hotel for Leicester Square

Summing it all up: Leicester Square's food and drink scene gets an injection of cool with this upcoming hotel promising a rooftop bar with firepits, two Odeon Luxe cinemas and a signature all-day restaurant.

Boasting that it'll be "the world’s first ‘Super Boutique’ hotel", The Londoner on Leicester Square is going to have all manner of things to entice actual Londoners through its doors.

The 350 room, 16 storey hotel, which has had more than £300m splurged on it, has taken over the corner of the square previously occupied by the Odeon West End. The site will also feature not one but two new Odeon Luxe cinemas, similar to the one that opened in Islington.

If you're staying at the hotel you get access to your own members' club - The Residence which includes The Whisky Room. Entrance is via a 'secret passage' with space for 14 people to try rare and new whiskies. There'll also be a trolley going around with breakfast items in the morning and antipasti later in the day.

There will, of course, be lots of places for Londoners to pop in and enjoy including: 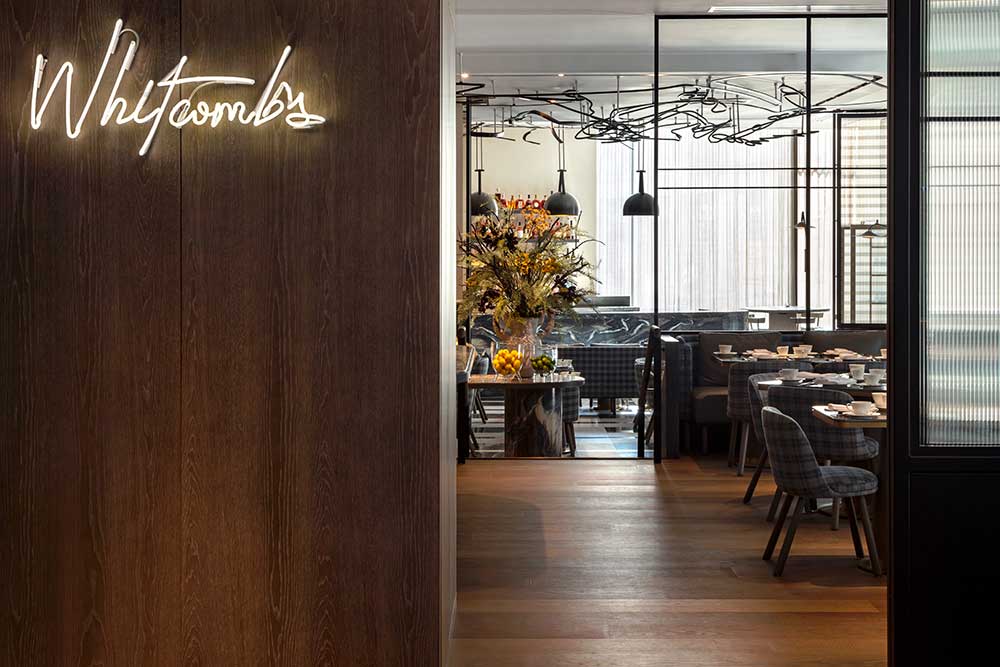 Whitcomb's - this is the main hotel restaurant on the ground floor. Here, it's an essentially French Med menu with escargot with white wine, garlic and n'duja lemon butter; filet mignon with chanterelle and aged Parmesan crème and grilled lobster with cognac. 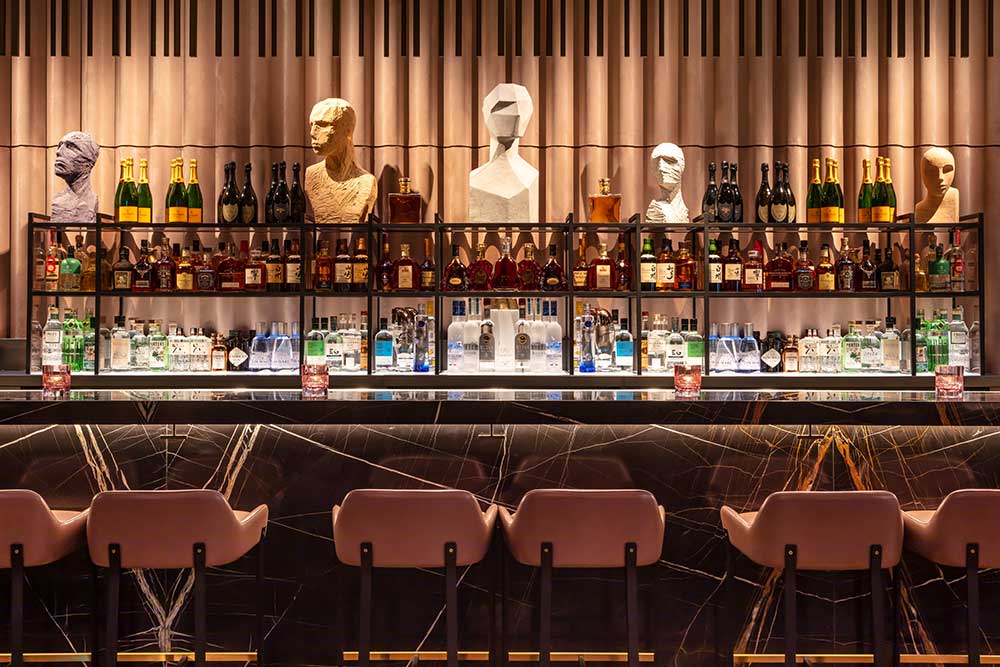 The Stage - the lobby Champagne bar. Here, you'll be able to get a Champagne breakfast or Afternoon Tea. In the evening there'll be seasonal rock oysters, Oscietra and Beluga caviar, charcuterie and artisan cheeses all matched with a huge list of Champagnes. 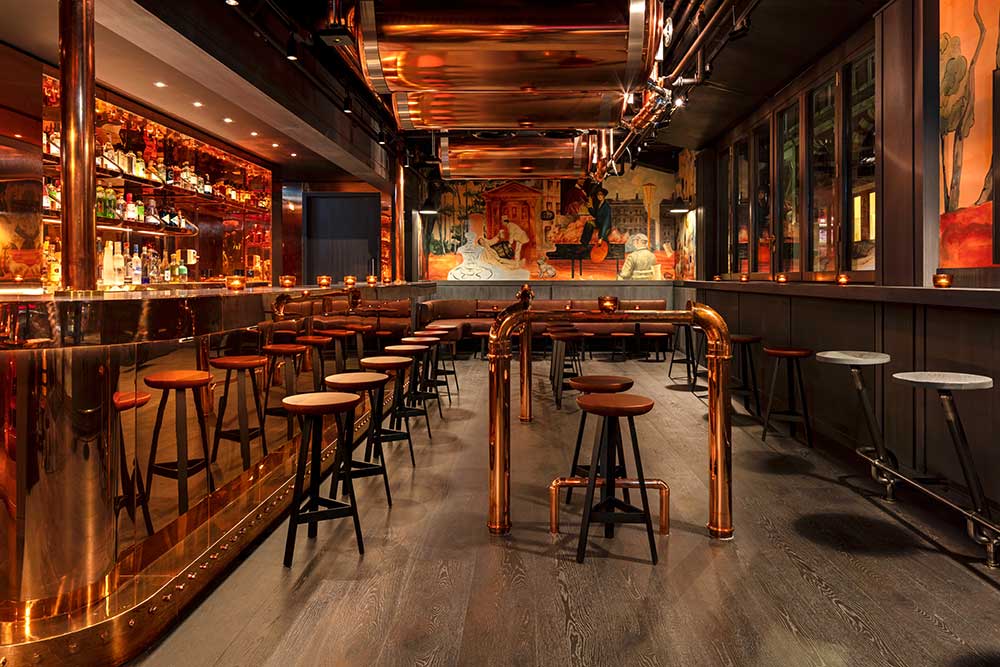 Joshua’s Tavern - a new pub for Leicester Square this has a big focus on gin - there'll be 50 regionally sourced gins on the menu, each matched with a particular garnish, house-infused bitters and tonic. It will also serve copper tank beer and wines with a snack menu that includes Roquefort-filled biscuits and ‘nduja and Taleggio pastry bakes. 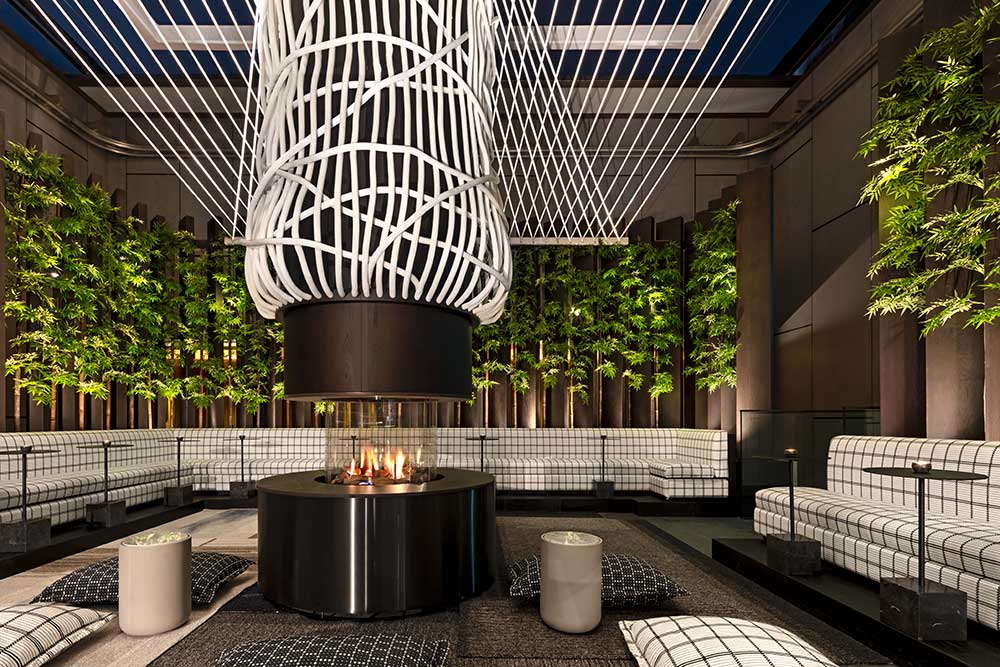 8 at The Londoner - this is probably the one you'll most want to know about, their rooftop izakaya lounge serving up modern Japanese food and cocktails. There'll be both indoor and dining - the lounge at 8 has a firepit at its centre.

Indoors there'll be a large robata section on the menu alongside a moriawase section with tartare, sashimi and sushi rolls. The Londoner’s Head Chef Kuenhi Won, ought to know his stuff as he was previously at Nobu. And outside, in the Shima Garden, they'll serve up snacks like grilled lobster tacos and gyoza.

The whole thing promises to look rather eyepopping too. The architect is Woods Bagot, known for Danny Meyer's high rise Manhattan restaurant in New York. And the interiors will be by Yabu Pushelberg, who did the Four Seasons hotel in Downtown NYC and Jean George’s The Fulton.

More about The Londoner

Where is it? Whitcomb Street, London WC2H 7DT