Claude Bosi brings his own burger to the Bibendum Oyster Bar 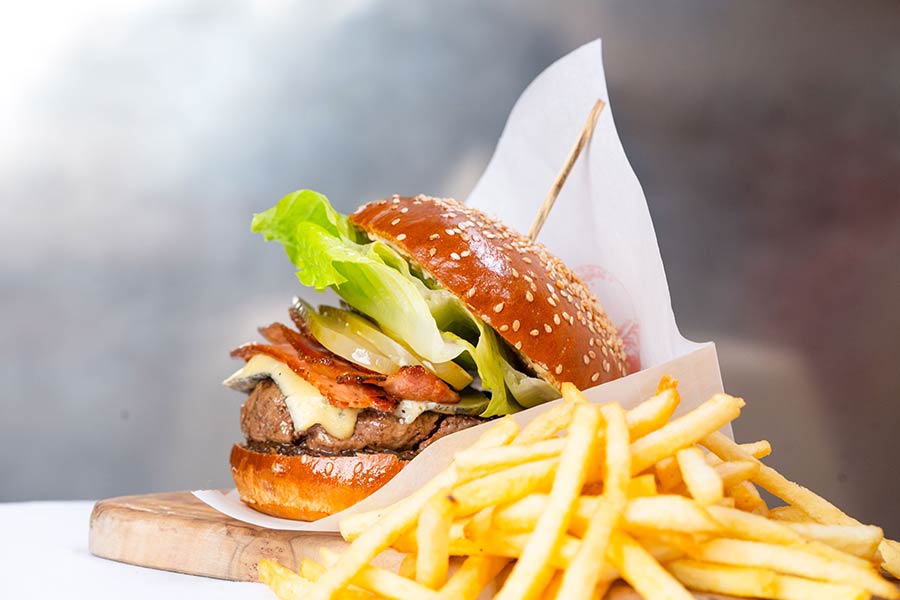 He already has two Michelin stars to his name at his eponymous restaurant and now Claude Bosi is getting into the burger business. If you were watching Snackmasters on Channel 4 last night, you might have seen him recreating a Burger King Whopper in his own style - and now he's brought that to his Oyster Bar, downstairs at Bibendum.

The Bosi Burger is an eight-ounce beef patty, topped with Swiss cheese, Guinness-fried onions and crispy Alsatian smoked bacon then flaked sea salt and freshly ground pepper.  It's all in a toasted sesame bun with the Bosi Burger Sauce - that's mayonnaise, tomato ketchup and lemon juice, with gherkins and gem lettuce to finish.

So if you want to see how one of the UK's top chefs does with a burger, head on down. The burger's on sale now, for £16.50 with fries.

More about The Oyster Bar at Bibendum