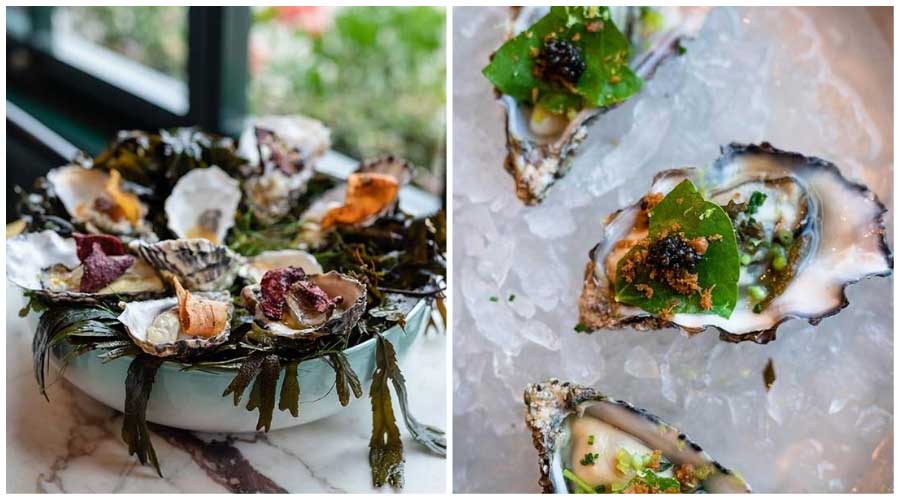 Forget the Met Ball or Ascot, clearly the best dressed list you should be much more interested in is the Best Dressed Irish Oyster competition. Hot Dinners headed over to Wright Bros in Battersea yesterday to help judge the third annual event. Following a series of heats, 12 of the UK's top seafood chefs were in London to battle it out for the title.

We joined chef Henry Harris and the wonderfully titled professional 'Ostrelier' Katy Davidson on the judging panel, to try a series of cold and hot dressed oysters. The oysters themselves came from Irish producer Carlingford Oyster Company. Their representative Brian set the scene by passing out platters of the wonderful oysters without any dressing, cleansing our palates for what was to come.

We had oysters with whiskey, oysters with tobacco, even oysters with short rib of beef. Highly commended on the day were Alexandru Stan from Bentley's Oyster Bar & Grill for his dish of oysters with Champagne jelly, fennel cream and Cornish caviar and Pavel Kobzaruk from Myrtle for his poached oysters with oyster veloute and baked beet.

We ended up picking two overall winners - each of whom won a bespoke chef knife from Flint & Flame and a trip to Ireland, courtesy of Bord Bia, to meet some of the country’s leading seafood producers.

Simon Lamont (below left) from newly-opened Seabird won the hot category for his Salt of the Earth oysters which were on a bed of buttery mash and served with seaweed flakes and ocean water (along with oysters filled with whiskey as a chaser). Dean Parker from Darby's won the cold category for oysters with oyster emulsion, pickled Connemara seaweed and Exmoor caviar. 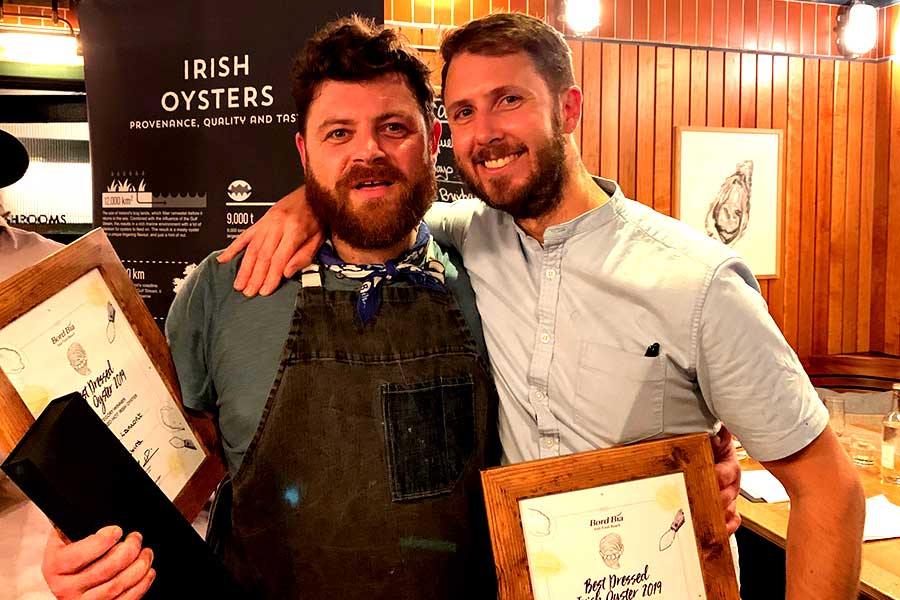 And if all of this has made you want to go and devour a platter of oysters on the half shell, then check out our guide to the best London restaurants for oysters.