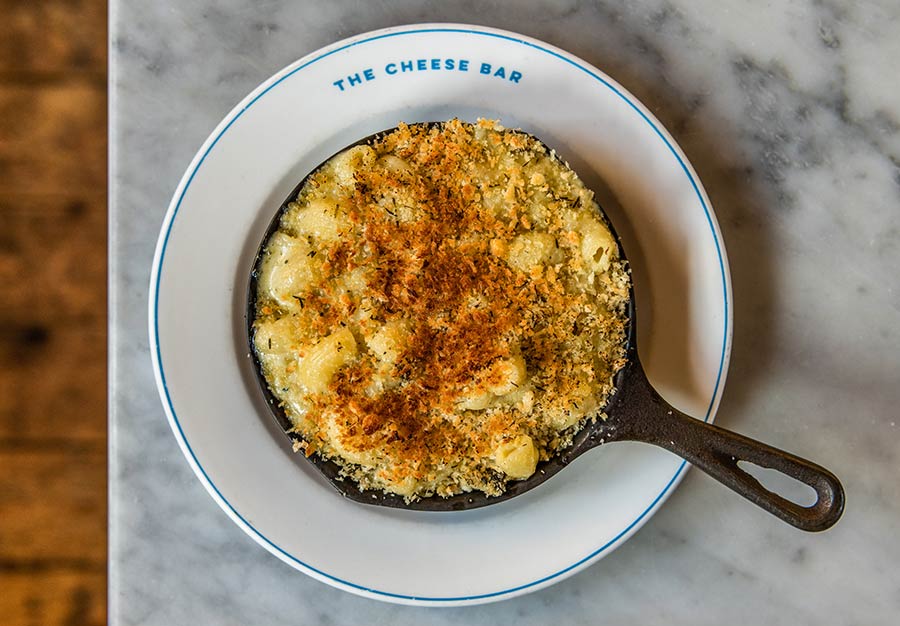 They've just launched their cheese conveyor belt and now the Cheese Bar is getting ready for their next event - a Mac and Cheese collaboration with some of London's finest, taking place at their home in Camden. On each of the five days, the guest chefs will come up with their own special mac and cheese - the only rule being that the cheese must be British.

So if mac and cheese is your go-to dish, put those dates in the diary.

More about The Cheese Bar