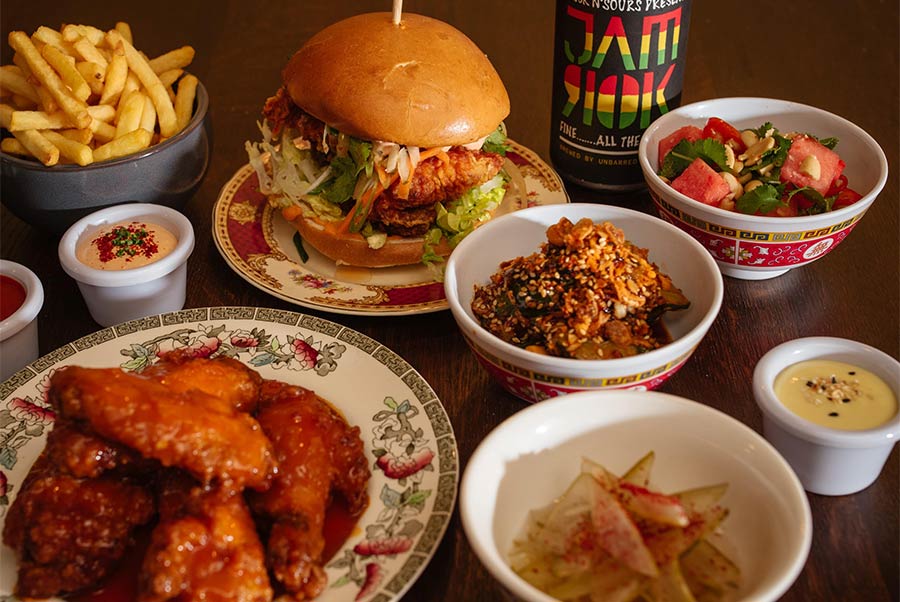 In a nutshell: Chick ‘n’ Sours comes to Spitalfields with a new menu

Summing it all up: Quirky fried-chicken outlet with a cult following, Chick ‘n’ Sours will open a fourth site in November. The 50-cover location in Spitalfields also features a new menu with plant-based offerings and a take-away option.

Lovers of Chick ‘n’ Sours cult classic – the ‘Whole Fry’, usually only available on Sundays – will be thrilled with the news that its fourth outlet intends to serve it every day of the week. Chick ‘n’ Sours Spitalfields is the place to get your fix in early November. And if you’re one of the first 50 diners on opening day, you could also get a free chicken sandwich of your choice.

The fourth site for Chick ‘n’ Sours will be in a 17th-century building between Liverpool Street Station and Spitalfields Market. If you’re quick, you could nab one of the 50 seats in the tiny space in your lunch break, or there’s a take-away hatch to grab something to eat back at the desk. There’ll be monthly specials as well as a new lunch menu, with a focus on plant-based offerings (think: ‘No Way K-Pop’ meaning there's "no way" you won’t believe it’s not chicken).

Keep an eye on their social media for a downloadable QR code to redeem a free Sour or some Disco Wings during the launch month.

What you can expect from the menu:

All the spiciness can be washed down with some decent-priced (£5) cocktails too. More information to come on exact dates in late October.

Where is it? 14 Artillery Passage, London E1 7LJ