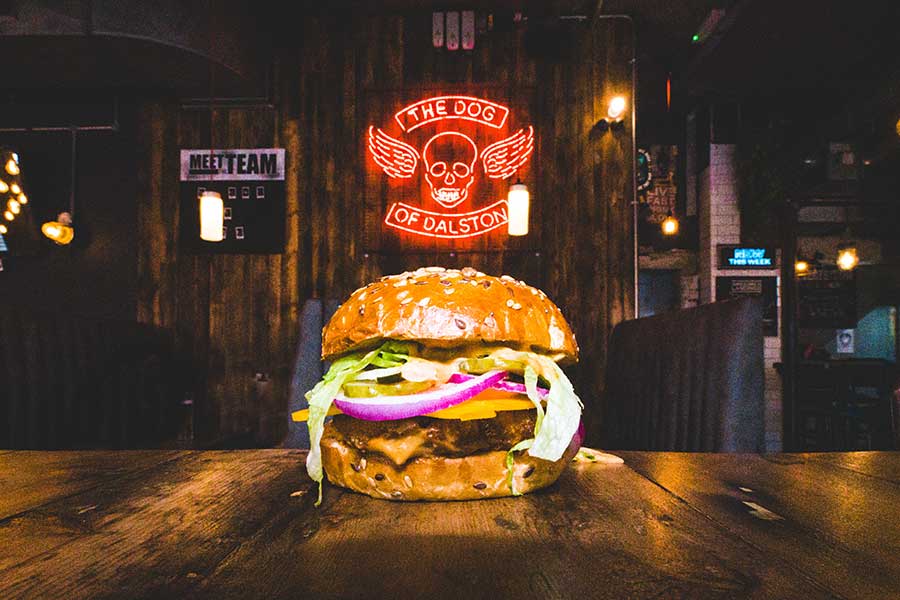 If beer and burgers are a match made in heaven, then vegan beer and vegan burgers must be the equivalent of nirvana for East London. That's presumably the thought process behind a new collaboration between BrewDog and Biff's Jack Shack.

The two companies have teamed up to make the brewer's Dalston location the group's first wholly vegan bar. So they'll be serving up vegan jackfruit based ‘junk’ food along with an exclusively vegan-friendly line up of Brewdog's own beers and other drinks.

On the menu you'll find six new burgers to choose from, including The Jack and Cheeze topped with deep fried mac and cheeze, smoky BBQ pulled jack, mustard mayo slaw, and dill pickles or how about Canadian Dip topped with seasoned fries, bacun, BrewDogPUNK IPA beer cheeze and served with a porcini gravy dip.