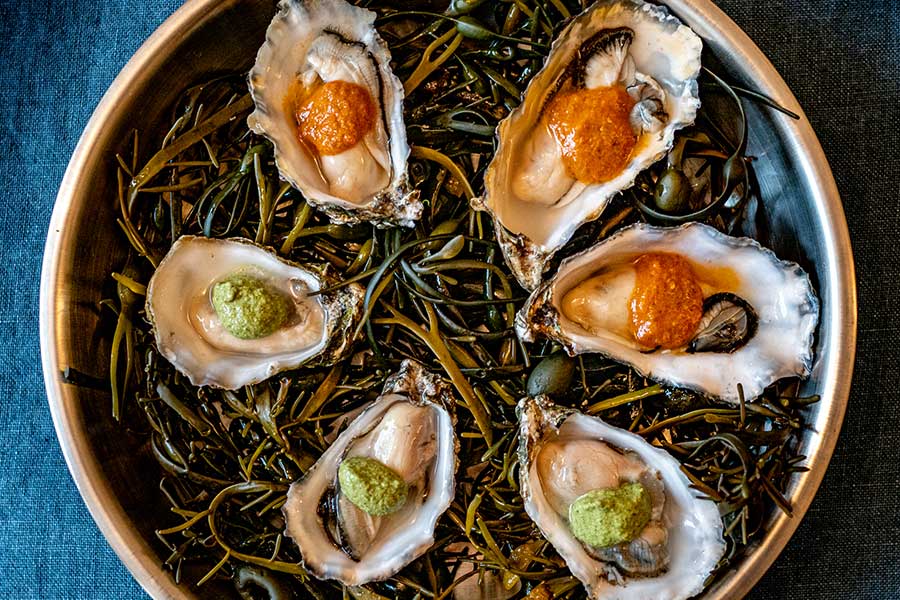 In a nutshell: Oysters and all manner of sustainable seafood for Crouch End

Summing it all up: A restaurant team with tonnes of experience are behind this sustainable seafood restaurant and wine bar in the heart of Crouch End.

Exciting news for Crouch End residents - they have a new seafood restaurant incoming with quite the team behind it.

The main person in charge (and whose name it bears) is Anthony Lyon who's spent the last 20 years running front of house at places like Hix, The Wolseley, and Colbert. He's brought in Head Chef, Talia Prince (Le Gavroche, Fat Duck) and award-winning Sommelier Kelvin McCabe who was Group Head Sommelier UK for Yauatcha, and Head Sommelier of ZUMA and ROKA.

So that's the team, what about the food? Well, it's going to be showcasing sustainable seafood from the British Isles. There'll be oysters from Wright Brothers - each paired with a specific garnish, so Oystra Regal oysters get a roasted hazelnut and lettuce puree while the Carlingford oysters are paired with a fresh melon and cucumber salsa.

They're also planning daily changing chilled and fire-roasted shellfish platters along with:

Chef Talia is promising a ‘fin to tail’ approach to reducing waste so there'll be dishes like miso fish collars with seaweed butter, and scallop roe taramasalata with fish skin crisps too.

As for drinks, sommelier Kelvin's wine list champions English Sparking wine Ambriel, from West Sussex as well as London urban winery Renegade, based in Bethnal Green. Generally, you can expect to find a mixture of sustainable, organic, biodynamic and minimal intervention wines on there. There'll also be a shortlist of four cocktails - using spirits like An Dúlamán’s seaweed-infused Irish Maritime Gin and Oyster 44 oyster vodka.

Honestly, it all sounds lovely, doesn't it? The restaurant (which is taking over the old HERE Crouch End site) will have room for 46 diners and there'll also be some space up at the bar or window for counter dining.