Naifs is a vegan and vegetarian bistro for Peckham 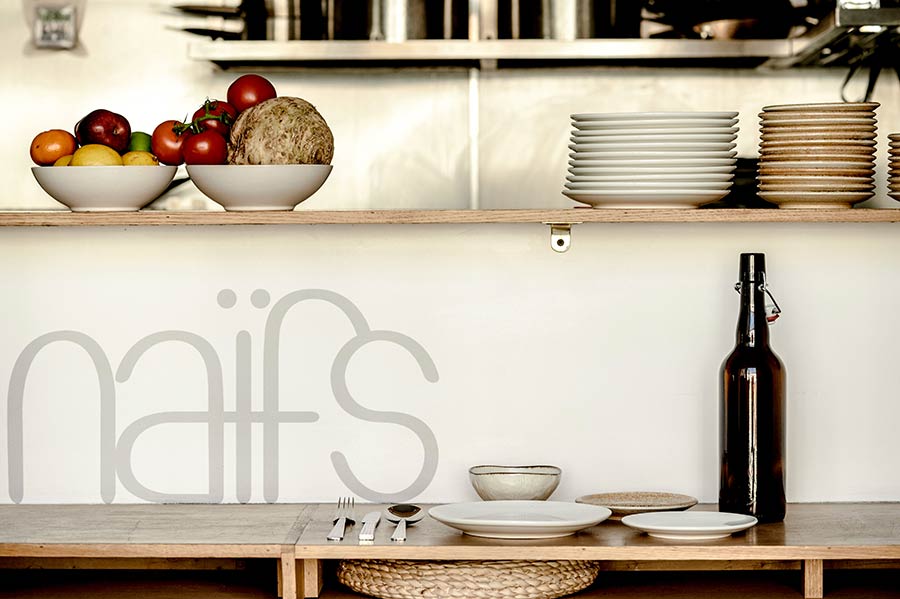 In a nutshell: Vegan food in Peckham

Summing it all up: New restaurant Naïfs is a large bistro-style vegan restaurant for Peckham and it comes from an ex Vanilla Black chef.

Peckham is about to get a promising new vegan and vegetarian restaurant called Naïfs, which comes from ex-Vanilla Black sous chef Tom Heale and his partner Anne Stokes (taking over the place where Aside used to be).

It'll be going for a bistro-style approach "with elements of fine dining, in a homely setting". Here's a taster of the menu:

There will be natural and biodynamic wines from Les Caves de Pyrene, Modal Wine and Gergovie, local beer from Brick Brewery in Peckham and a speciality tea menu by Postcard Teas.

As for that name, here's what they have to say:

The word naïfs is an old French word which means naive and conjures the spirit of this project for us. It is about newness and greenness, as a metaphor for new growth and of doing things your way and not being constrained by formality.