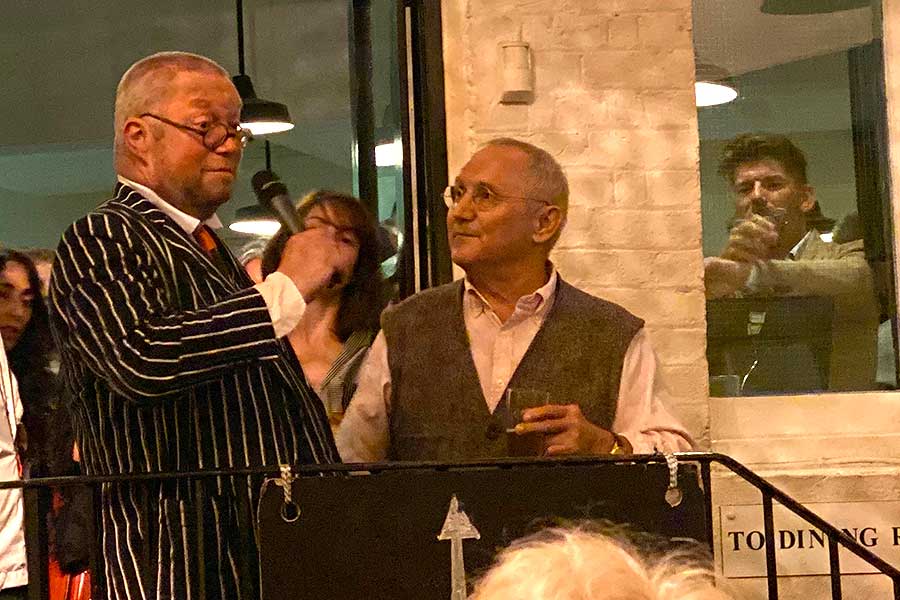 There are bound to be a few sore heads in London today (including ours) following the riotous partying in Smithfield at St John restaurant last night.

Fergus Henderson and Trevor Gulliver threw one hell of a bash to celebrate both the restaurant's quarter-century anniversary and the launch of their new book, The Book of St John.

There were platters of pigs heads, Welsh rarebit, snails wrapped in bacon and buns of suckling pig and dandelion - all very much needed to line the stomach for all the Jeroboams of Bollinger and Fergronis being served up. 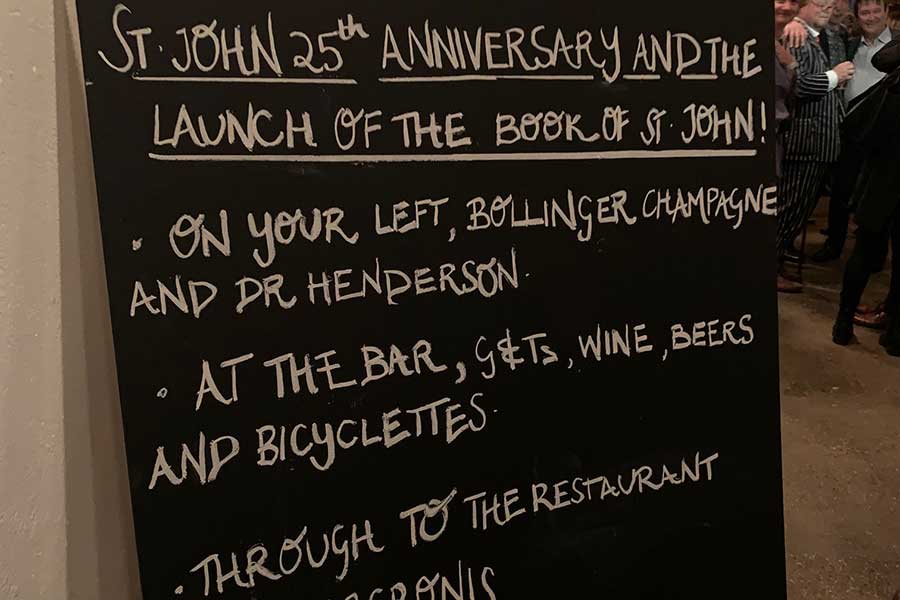 But what really summed up the evening for us was meeting two locals who have been coming here for lunch every single week and have done ever since the restaurant opened. Their favourite dish? The beef mince on dripping toast. It's that kind of devotion which makes St John what it is today. Here's to 25 years more. 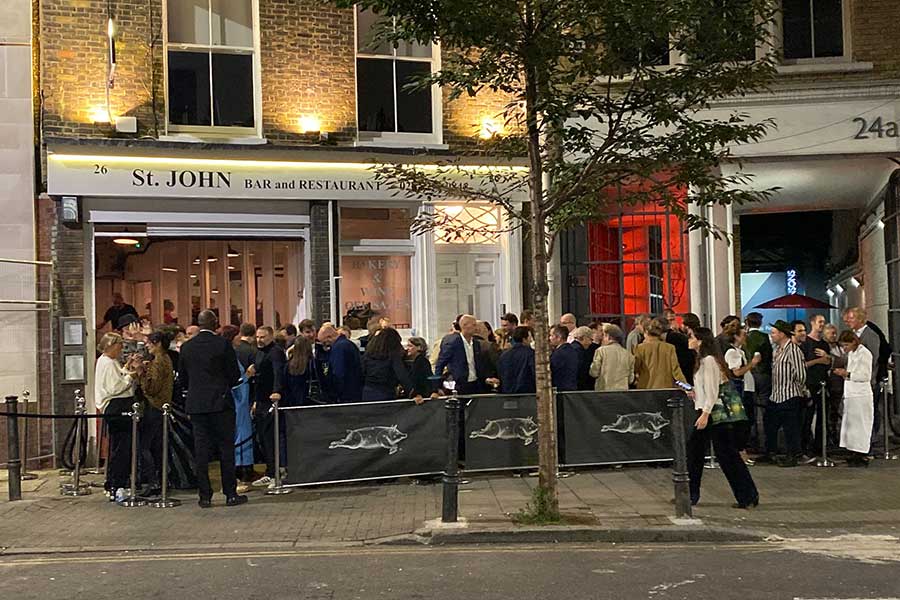