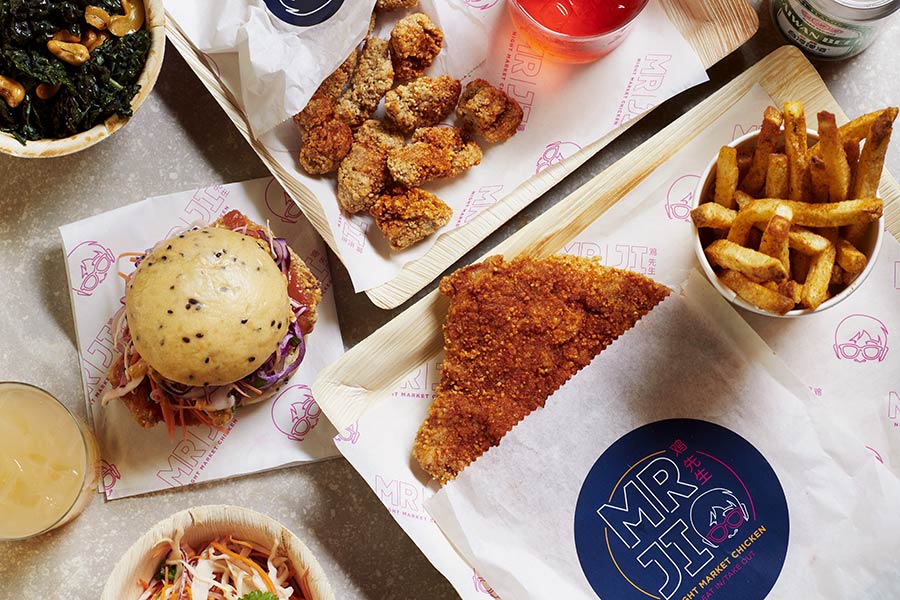 In a nutshell: Taiwanese fried chicken pop-up settles down in Soho

Summing it all up: Inspired by trips to Taipei, Mr Ji's founder is now hoping to bring all the delights of the night time Taiwanese fried chicken scene to Soho's Old Compton Street.

While we'd like to think we're the kind of people who get our kicks from raw veg and wholegrains, what we really freaking adore is fried chicken. And if there's anything that really gets us going it's some tasty Korean or Taiwanese fried chicken.

Two years ago, Camden was the site of a Taiwanese fried chicken pop-up Mr Ji. Clearly it went down well, because founder Samuel Haim (who also founded HOOK in Camden and Greenwich) is now opening a permanent version of his dream in the heart of Soho.

The Old Compton Street restaurant will serve up a variety of chicken dishes - all made with 100% free-range chicken. There will be chicken bites, a chicken burger in a steamed bun - but the one we want to try is the Big Ji. That's a butterflied chicken breast, brined and coated in gluten-free sweet potato flour then deep-fried. All the chicken comes with a choice of flavourings they dust on after including Traditional spice, Taipei ketchup, Ningxia BBQ and Salt & Black vinegar.

Side dishes sound on point as well, such as hot and sour soup, split wings with a seven-spice powder and crunchy Taipei slaw. There's only one dessert planned, but when that's sweet potato doughnuts dusted with ginger sugar, that should be all you need.

To go along with that there'll be plenty of Taiwanese teas (these can be given a extra oomph with added spirits), along with Gold Medal Taiwan Beer.

It's not all that far from another Taiwanese favourite of ours, Good Friend Chicken, but this one has the distinct advantage of being able to sit in.

Where is it? Old Compton St, London

Launch offer: They'll be giving away 100 Big Ji’s on the 22 November on a first come first serve basis, from noon.