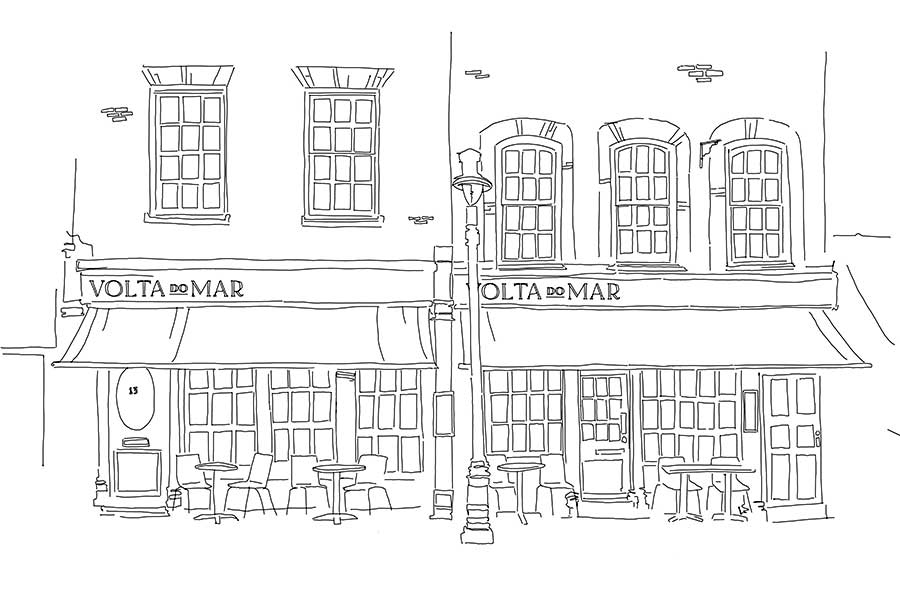 What: Volta do Mar

In a nutshell: Portugese food and wine for Covent Garden

Summing it all up: The ex-Salt Yard Group founder returns to the fray with a Portuguese restaurant that'll start with custard tarts in the morning and move through to larger dishes in the evening.

Having co-founded the Salt Yard Group, it's fair to say Simon Mullins knows a thing or two about opening popular restaurants. So he's presumably hoping for similar success with his new venture.

This time - having seen Salt Yard sold to Urban Pubs and Bars - he's teaming up with his wife Isabel Almeida Da Silva who herself has 20 years of experience working front of house. The pair are opening Volta do Mar - a Portuguese restaurant in Covent Garden. Probably not coincidentally, it's literally around the corner from Simon's former flagship restaurant, the Opera Tavern.

Taking over an old Strada site in a lovely double-fronted Georgian townhouse on Tavistock Street, the new restaurant will focus on all regions of Portuguese cuisine. That means not only the mainland, but also all the countries that Portugal had a "trading past" with (aka colonised) - so think Angola, Goa, Mozambique, Brazil and Macau too. To that end, they've brought in a Portuguese born-and-bred chef to run the kitchen for them. George Tannock comes here via The Chelsea Arts Club, The Fat Duck and Zuma.

George's menu will feature sharing and large plates, including dishes like:

If you've been wondering whether the famous Pastel de Nata will be making an appearance, then relax. Volta do Mar will open in the mornings as a traditional Portuguese pastelaria making the custard tarts in house, along with Bola de Berlim, a type of Portuguese doughnut; and fresh pão bread.

Wines also sound interesting - Simon's list will roam from the Portuguese mainland to the volcanic Azores and as far as Brazil. As you'd expect there'll be several Port and Madeira wines on offer too.

More about Volta do Mar

How to book: Email enquiries@voltadomar.co.uk