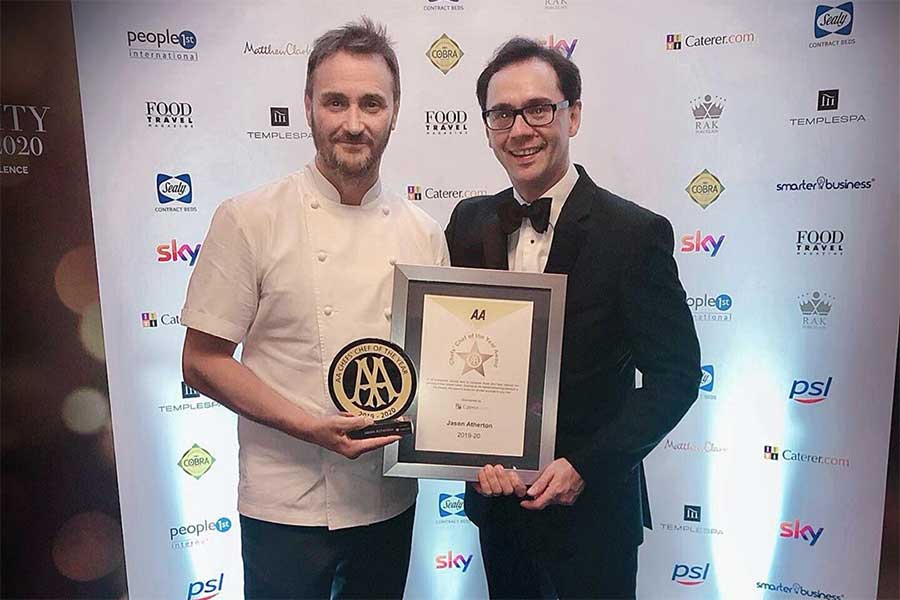 The annual AA Hospitality Awards took place at The Grosvenor last night, and a slew of London's chefs, restaurants and hotels picked up gongs for their good work this year.

The big winner of the night was Jason Atherton who was awarded Chef's Chef of the Year - a key award as it's voted for by his peers.

In a heartfelt post on Instagram Atherton said: "every now and again if you are lucky we get recognised and this happened last night to be voted chefs chef at the AA awards was an amazing thing. I can't thank my peers enough for thinking I deserve this honour when all of the chefs nominated are so much deserving of this award. Without our amazing teams across the world and LONDON this simply wouldn't be possible I salute you all."

It was also a good night for chef Michael Caines whose Lympstone Manor restaurant (read our Test Drive of the hotel here) was given 5 AA rosettes, joining the ranks of just 18 other restaurants in the country with the top score.

And two London restaurants were awarded four rosettes - Roganic and The Greenhouse.