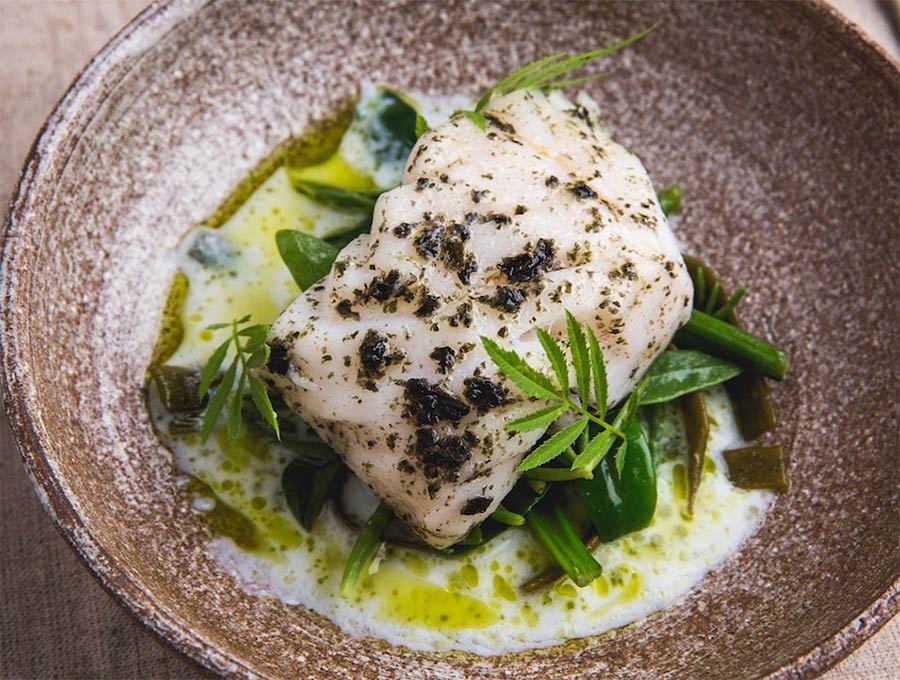 The Brixton-based Shrub & Shutter have announced their next kitchen residency. After Secret Samosa Club winds up, chef Michael Thompson (formerly of Grosvenor House, Pollen Street Social, Claridge’s Fera and Lyan Cub) is bringing in sustainability-focused Fodder for a six-month pop-up from October. Thompson, who until recently was head chef at Ryan Chetiyawardana’s Lyan Cub in Hoxton, has joined forces with Jenny Novitzky, Louise Stapley and Jake Harle to kick off new projects with Fodder in 2019. ‘I decided to move away from Cub to pursue fodder,’ Thompson tells Hot Dinners.

Fodder launched in 2017 and previously held pop-ups and supper clubs at various spots around London, including Borough Wines and Great Guns Social Club. Thompson’s dedication to sourcing directly from small producers and introducing foraged ingredients to menus has won a dedicated following who appreciate his environmental awareness.

Fodder expect to blend in with the casual atmosphere at Shrub & Shutter. "It’ll be a sharing plate vibe, with bits, sticks and plates," Thompson told us, "We are focused on underused or surplus products before they come into a restaurant, like our koji confit ray tail or wood pigeon yakitori with damson umeboshi. And we like to work with incredible farmers growing produce the right way, like Calixta at Flourish produce and Olli at Ollo Fruit".

Here's what's on their first menu:

The Shrub & Shutter is open from 5pm until midnight, Tuesday to Thursday, and until 2am on Friday and Saturday.

More about Fodder at Shrub and Shutter