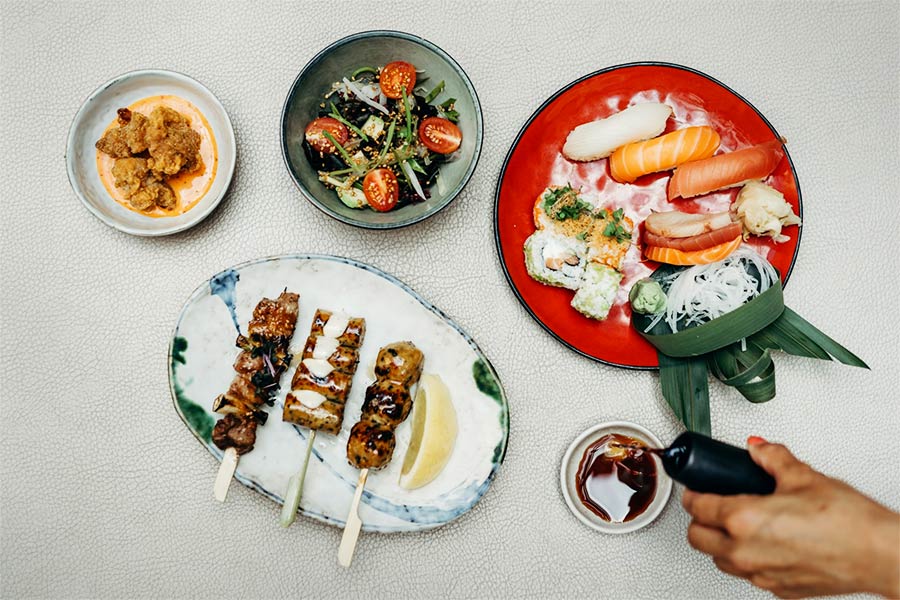 In a nutshell: Sushi and yakitori in Soho

Summing it all up: Sticks n Sushi been a growing success story in London with six restaurants here - and here comes their seventh, right in the heart of Soho. Expect the usual huge range of yakitori, sushi plates and more.

They've been opening all over town, slowly moving towards the centre - and now Sticks n Sushi are getting ready to open their latest restaurant in Soho, as part of a new building on Berwick Street (just around the corner from Bob Bob Ricard and Polpo). It's an impressive building with "a glazed brick façade featuring 100 different iridescent shades" and Damien Hirst will be settling down there too.

If you're as yet unfamiliar with then, the restaurants are best summed up as a mix of yakitori (sticks) and sushi, with some Nordic influences (they originally started out in Denmark). The menu is pretty huge - there are sixteen sticks alone, including black cod & miso and duck breast with panko & wasabi caesar. Elsewhere, more signature dishes include "Hell’s Kitchen maki with bubbly tempura shrimp" and Osaka Chaos (Salmon, tuna, shrimp, tamago, avocado, shiitake, snow peas, trout roe, cress & sushi rice).

On top of that, they'll be introducing their own "sustainable sake", a British- brewed sake that's made from surplus rice by Kanpai.