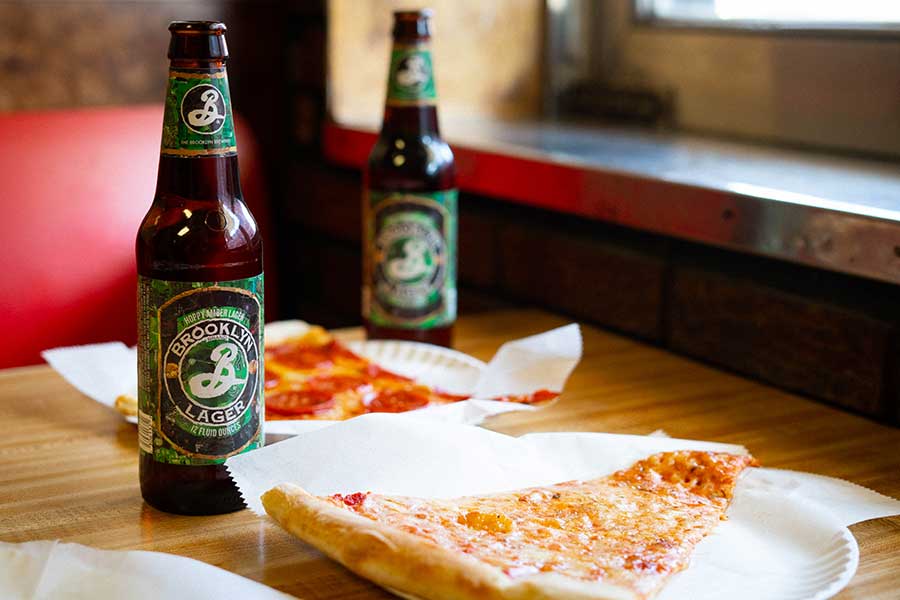 Crossing the pond this month will be top NYC pizzaiolas Vinnie's Pizzeria who hit town for a three day 'Brooklyn By the Slice’ pop-up at Paradise Slice on Brick Lane.

The Williamsburg pizzeria, which first opened back in 1960, will be putting on a one-off menu collaboration between themeselves, Brooklyn Brewery and Paradise Slice. There'll be three limited edition pizzas paired with three brews and we have to say, they do sound enticing.

"We cannot wait to launch Brooklyn By The Slice at Paradise Slice," said Vinnie's Sean Berthiaume "We have created some amazing new pies, as well as transfering over one of our favourite pizzas and cannot wait for Londoners to give us a taste."

More about Brooklyn By The Slice with Vinnie’s Pizzeria

Launch offer: On Friday 27th September, the first 100 visitors to Paradise Slice from 12pm who are over 18 will receive a free beer and slice of pizza.