Burger and Lobster unveil their own spicy lobster nuggets 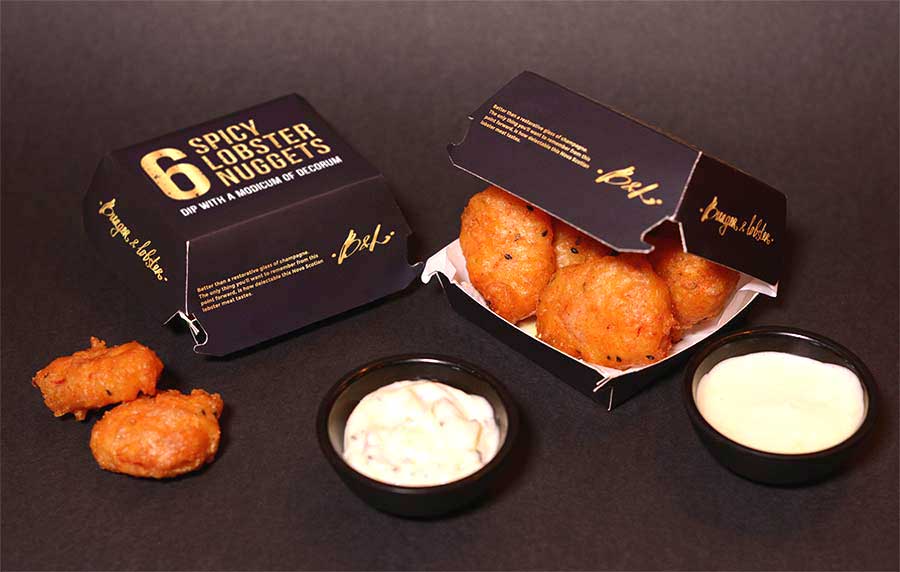 Inspired by the recent launch of McDonald's Spicy McNuggets (which are... not that spicy), Burger and Lobster have decided to do their own version. So they're launching Spicy Lobster Nuggets - but you'll have to know how to order them before you can get your hands on them.

They will be offering six lobster nuggets - made with chunks of fresh Atlantic lobster - in a spicy batter and paired with either fresh lemon dip or truffle mayo. They won't be on the menu, though - you'll just have to trust your instincts and ask for the "spicy lobster nuggets". But you'll have to be prepared to pay £15.95 for them. Yes, lobster is a wee bit more expensive than chicken.

They'll be at all Burger and Lobsters from 27 August (although the special takeaway box won't be available in restaurants until 30 August) - or you can get them delivered from the online-only Smack Lobster (which will be delivering to the City from that date too).

Where? Various locations across London