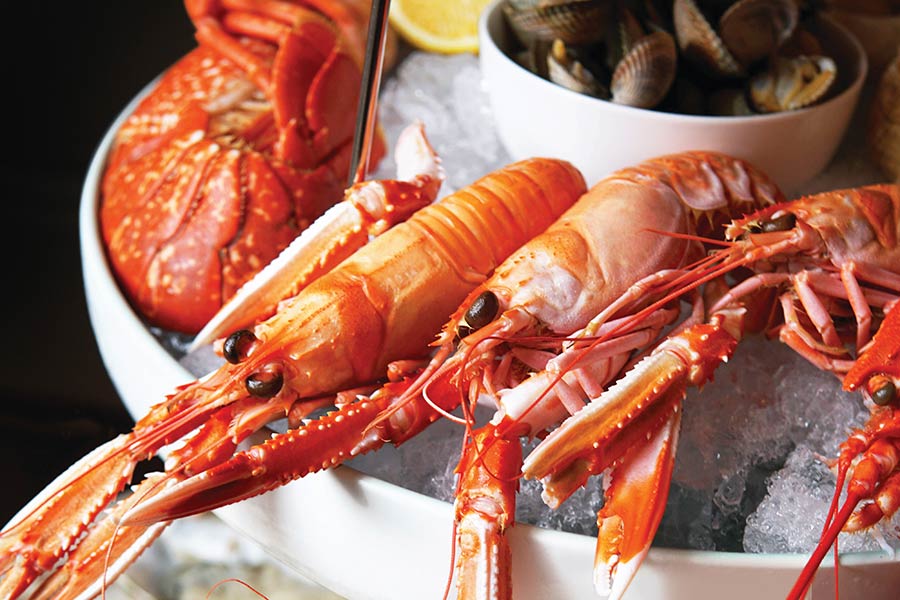 In a nutshell: High-rise seafood in Southwark

Summing it all up: The newest Hoxton hotel is bringing with it a seafood restaurant with an impressive view across London. And they've brought in the people behind top Brooklyn restaurant Maison Premiere to run it.

We're rather partial to a high-rise restaurant here at Hot Dinners and this one sounds particularly special. Seabird is part of the latest Hoxton hotel, opening in Southwark this September and the people running are laden with awards. In charge is Premiere Enterprises, run by Joshua Boissy and Krystof Zizka who are behind Brooklyn's highly rated Maison Premise and Sauvage (we've had an excellent brunch at the latter). They've won James Beard awards and all sort of plaudits - so this is a big deal.

Seabird will be all about seafood with a raw bar at the centre of the action, with an ever-changing crudo menu alongside it. Planned for the menu, which draws on Portuguese and Spanish influences, is:

The cocktail list has been drawn up by Maison Premiere's Bar Director William Elliott - with a focus on draught, bottled or frozen cocktails - so that'll cut back on wait times. Wines will be biodynamic from some of Europe’s best small-scale producers.

Then there's the view; there'll be an impressive vista over the Thames promised through floor-to-ceiling windows, in a room which will have Mediterranean influences. There will also be a terrace for outside dining on the occasions it decides to stop raining (but they'll have awnings and heaters out there too).

We'll have more on the menu closer to the opening.