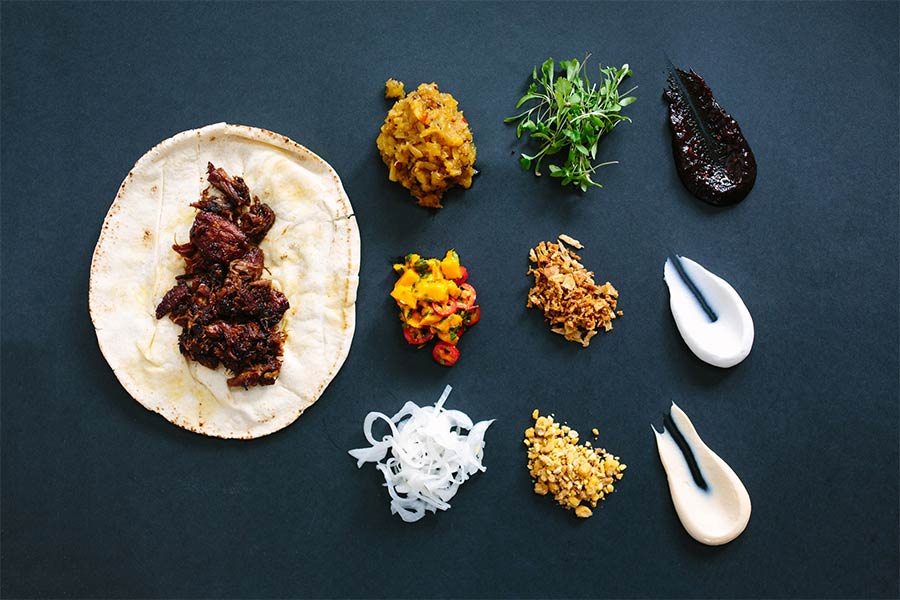 Something new from James Cochran (the man behind 12:51) is incoming. This time he's going south to Boxpark Croydon for GOAT, his first foray into street food (which originally kicked off in Lewisham's Model Market).

As you might imagine from the name, it's all about goat meat. He's been working with top supplier Cabrito, who are getting supermarkets and restaurants to use more of what was previously wasted. And it's also what he used on his dish on the Great British Menu.

At GOAT he'll be putting on barbecue Jamaican jerk spiced shoulder of goat in a flatbread (or coal-roasted jerk spiced cauliflower for vegetarians). That'll be combined with a choice of sauce toppings - his popular Scotch Bonnet Jam or Tamarind yoghurt. Then there's a choice of toppings of Jamaican ginger beer pickled onions or Mango and lime salsa.

It'll be the first permanent spot for GOAT - but be on the look for more of them in the future.

Where is it? Boxpark Croydon, 99 George St, Croydon CR0 1LD