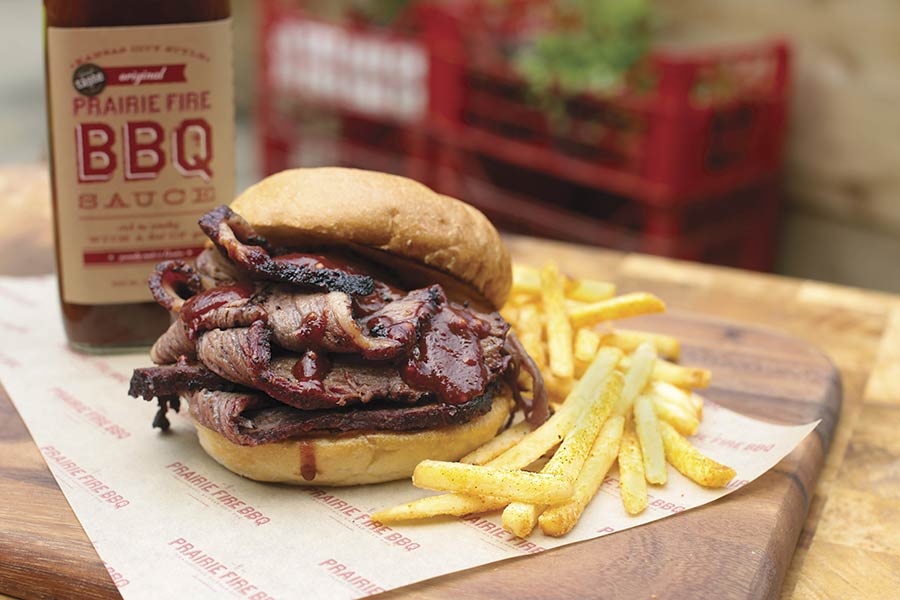 If you've been looking for a new place to get some decent barbecue (not quite as prevalent as it was a few years back), then this pop-up at London Fields Brewery could be just the thing. It sees Prairie Fire BBQ serving up food for their taproom in a six-month residency with their Kansas-City-style barbecue. They've popped up all over town before now - and you may also have caught them at Mercato Metropolitano.

And there will be vegetarian options on top of that.

Given the location, there will be beer. The taproom at London Fields Brewery has had an overhaul with the main beers on offer being reworked versions of Hackney Hopster; 3 Weiss Monkeys and Broadway Boss. Plus they'll be experimenting with low/no alcohol beers too.